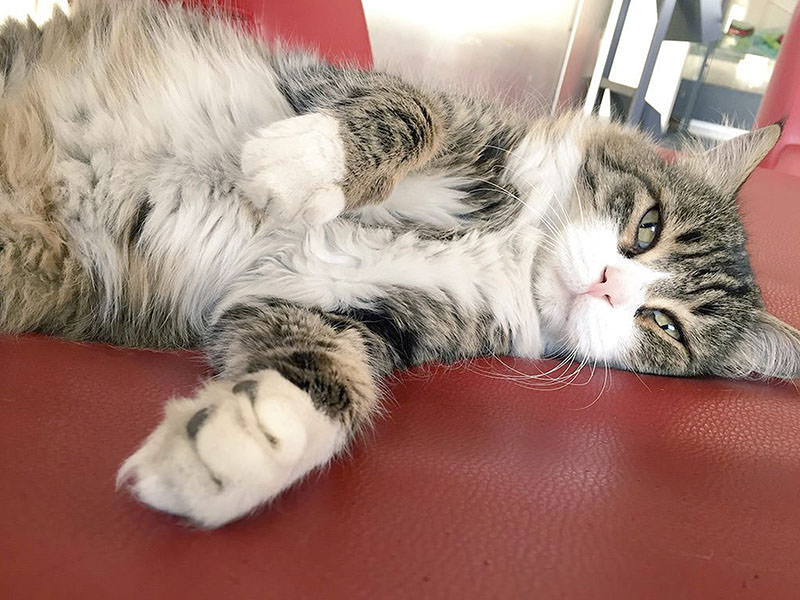 by Daily Sabah Jul 13, 2015 12:00 am
Turkey's main opposition Republican People's Party (CHP)'s mascot cat, Şero, has once again shaken the social media with his tweet on Monday, saying he would jump on the Turkish Prime Minister Ahmet Davutoğlu in the party's headquarters.

Davutoğlu met on Monday with CHP leader Kemal Kılıçdaroğlu for coalition talks in the CHP's headquarters, where also Şero the cat (born in 2005) resides. Just before Davutoğlu visited the CHP leader, Şero, a significant icon in Turkish politics for his outlandish and humorous political comments on his Twitter account (though the real operator behind the account remains unknown), wrote: "I will jump on Davutoğlu in just a moment/in an instant. Place: In front of the elevator."


He also shared the following tweet with his more than 35 thousand followers, "I am ready. Let him [PM Davutoğlu] come."

Şero's Twitter account was created in June 2013. The account shares photos of the famous cat and comments on Turkish political developments with a sarcastic and humorous tone.