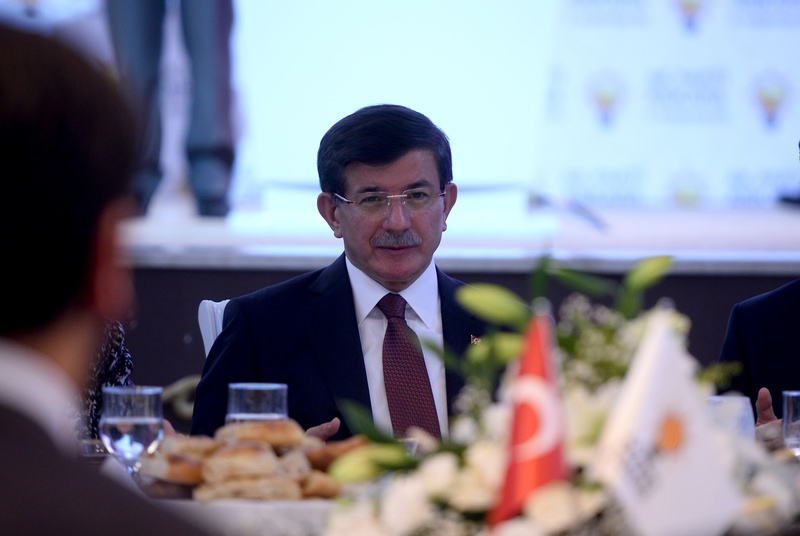 by Daily Sabah Jul 16, 2015 12:00 am
Prime Minister Ahmet Davutoğlu said on Wednesday that the Justice and Development Party (AK Party) is in favor of lowering the 10 percent election threshold that political parties in Turkey need to receive in order to be represented in the parliament.

Speaking in a televised interview broadcasted on Turkish private channel NTV, Davutoğlu said that AK Party will propose to lower the threshold in the coalition talks, reminding that AK Party had already offered to remove it entirely during President Recep Tayyip Erdoğan's Prime Ministry post.

Answering whether AK Party would prefer a possible snap election rather than forming a coalition government with the other political parties, Davutoğlu said that the party's priority is to form a government and added that AK Party would easily pave the way for a snap election by letting the tension increase within Turkey if their intention were 'not being a part of the coalition'.

The prime minister said that not showing the necessary effort in coalition talks would be disrespectful to the nation's will even though the post-election polls show that AK Party would receive 45% of the votes in a snap election and would most likely be able to form the government by itself.

Turkey's election threshold has been a topic of debate for some time, with minor parties and parties whose votes hover around the threshold consistently calling for a lowering of the threshold.

A lowering of the current 10 percent election threshold was already offered by the AK Party in 2013 as part of the reforms that were announced as a democratization package on Sept. 30, 2013.

The AK Party proposed three alternatives in the democratization package – maintaining the 10 percent threshold, reducing it to 5 percent or removing the threshold altogether and fully implementing the single-member district system.
Last Update: Jul 16, 2015 2:19 am
RELATED TOPICS