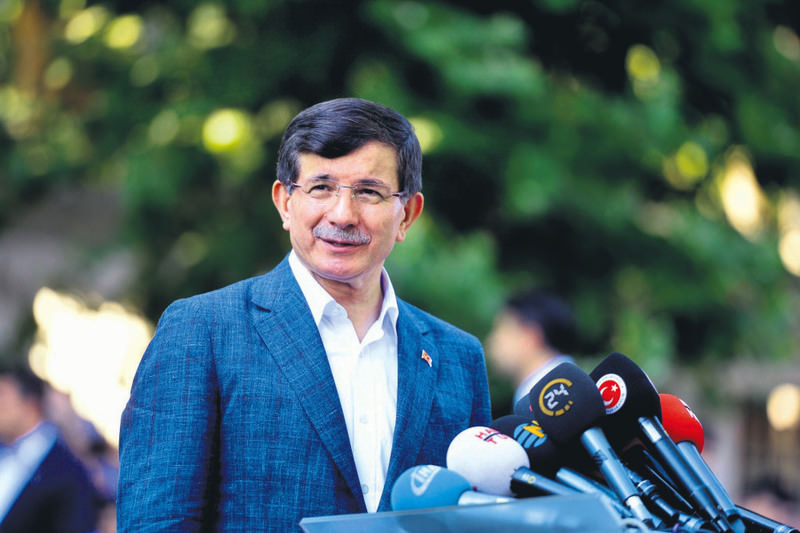 by Daily Sabah Jul 19, 2015 12:00 am
Since interim Prime Minister and Justice and Development Party (AK Party) Chairman Ahmet Davutoğlu completed the first round of coalition talks with the three opposition parties last week, the second round of coalition talks are expected to start this week. While the Nationalist Movement Party (MHP) and pro-Kurdish Peoples' Democratic Party (HDP) made clear their intention to not be part of any coalition government in the first round of talks, a coalition between the AK Party and the Republican People's Party (CHP) seems to be the only remaining option. Meanwhile, Davutoğlu told all provincial party leaders to be ready for possible early elections if coalition negotiations with the CHP lead to nowhere. The talks, which will be coordinated by Culture Minister Ömer Çelik and CHP Deputy Chairman Haluk Koç, will include two more political and economic sub-categories. During the talks, building consensus by political means will be a priority.

The establishment of a new constitution, as both parties have continuously emphasized during electoral campaigns, will top the agenda of negotiations. Another item on the agenda is lowering the electoral threshold. It has been reported that both parties are discomforted by the new structure of the Supreme Council of Judges and Prosecutors (HYSK), thus both parties want this structure to be changed. Additionally, necessary legal regulations in efforts to create a strong jurisdiction are another item of the negotiations. It has also been reported that the most challenging item is foreign policy.

Moreover, similarities in principals and overlapping areas in party politics also give rise to hopes of a possible AK Party-CHP coalition. CHP Chairman Kemal Kılıçdaroğlu had previously announced 14 principles and reiterated at every chance they will not concede these terms. Kılıçdaroğlu and Davutoğlu went through these principles in their one-hour-and-40-minute meeting on Tuesday and reportedly Davutoğlu agreed on the majority of the terms previously stipulated by the CHP, indicating that they are close to the AK Party's nine core principles. He said six of the principles overlap with those of the AK Party and three of them partly overlap. He did not agree with the remaining three articles, which include President Recep Tayyip Erdoğan staying within the boundaries of the Constitution and the restructuring of foreign policy.