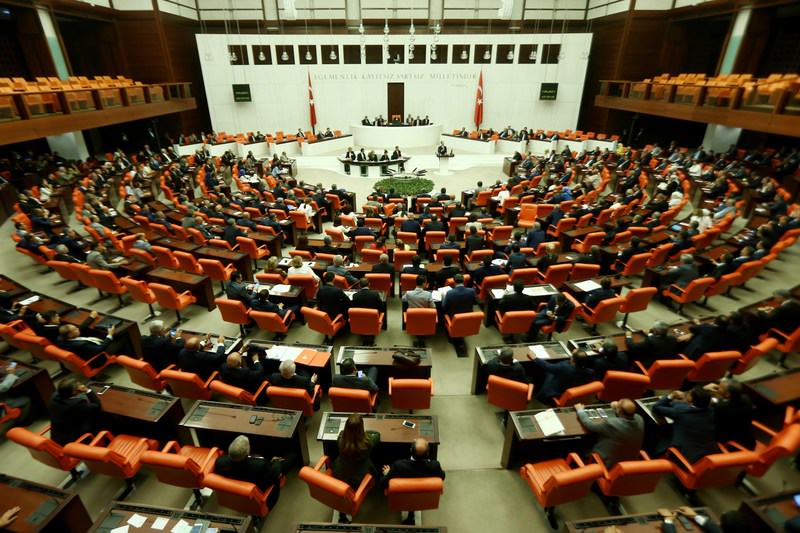 by Yasemin Nicola Sakay Aug 14, 2015 12:00 am
As the third and final round of coalition talks on Thursday between the Justice and Development Party (AK Party) and Republican People's Party (CHP) yielded no results, three choices await Turkey in forming a government. While snap elections seem the most probable option, a minority government or a caretaker government is still on the horizon.

Since the bare minimum to retain a simple majority in Parliament was not achieved by any party in the June 7 elections, the AK Party has been holding meetings with the three other parties to form a government. Looking for a coalition partner, however, has proved tough as the policies of the parties greatly differ from each other.

A grand coalition between the AK Party and CHP had seemed quite likely until Thursday's talks after which Prime Minister Ahmet Davutoğlu said that the two parties could not agree on foreign policy and education matters.

On the other hand, the Nationalist Movement Party (MHP) has changed its tune quite often throughout the process, first ruling out being a part of any coalition completely and then agreeing to hold talks with the AK Party if the talks with the CHP failed.

As the AK Party management considered the Peoples' Democratic Party (HDP) an unreliable partner due to the party's attitude during the reconciliation process, an AK Party-HDP coalition government was ruled out in the early stages.

After the failed AK Party-CHP coalition talks and the HDP has been ruled out as a coalition partner, the AK Party's chances with the MHP also seem "very slim," a senior AK Party official said on Thursday.

That being said, the AK Party may call Parliament for an extraordinary meeting to discuss the conditions to go to early elections. But as the CHP and HDP are against early elections, the MHP's attitude will determine whether or not elections will again be held in November.

The AK Party is 18 seats short to muster a simple majority in Parliament and needs the MHP's support in a Parliament vote to go to early elections.

Should the MHP abstain from voting like it did in the Parliament speaker election, Parliament may decide to move on to early elections.

If Parliament makes the decision for early elections, then the Supreme Election Board (YSK) can reduce the 90-day period by as much as half.

The second most probable choice seems to be a minority government.

Although the AK Party received the most votes in the June 7 elections, it did not win enough seats to form a majority government, so it had to attempt to forge a coalition with one of three other parties in Parliament – the CHP, which has 132 seats; MHP with 80 seats or the HDP with 80 seats.

Along this line, Davutoğlu called for a meeting with MHP Chairman Devlet Bahçeli on coalition talks hinting that the AK Party is taking steps to form a minority government with outside support from the MHP.

But Bahçeli has not expressed any support for an AK Party minority government so far.

The third and final choice is a caretaker government.

If a coalition is not formed and a minority government fails to win a vote of confidence within 45 days, President Recep Tayyip Erdoğan may press the button for a caretaker government after meetings with Parliament Speaker İsmet Yılmaz.

If a caretaker government is established, each political party will have the correlating amount of ministries as their percentage of representation in Parliament.

The CHP and HDP want to head to possible early elections with a caretaker government, but the Turkish nationalist MHP strongly refuses to take part in any kind of government with the pro-Kurdish HDP – even a temporary one.

Throughout its political history Turkey has experienced 20 coalition governments, the longest of which lasted three-and-a-half years.

The previous coalition talks in Turkey held 16 years ago when the Democratic Left Party (DSP) of late Prime Minister Bülent Ecevit failed to win a majority in the general elections on April 18, 1999.