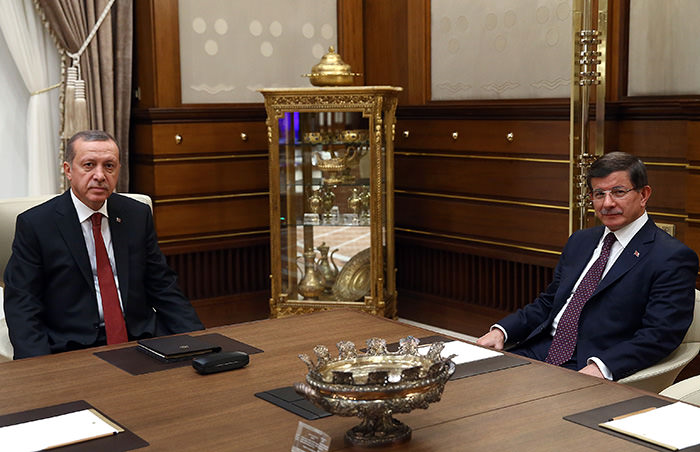 The next step could result in President Erdoğan handing over the mandate to another party leader, however this seem very unlikely as the president has leaned towards appointing an interim government and going for snap polls.

Davutoğlu met the MHP Chairman Devlet Bahçeli on Monday, in an attempt to form a coalition government after hours of talks between the CHP and AK Party ended unsuccessfully.

Following the meeting with Bahçeli, Davutoğlu said that it was not possible to form a coalition with the MHP and that he is ready to return the mandate if necessary.

In less than a week, when the deadline to form a government expires on Aug. 23, either President Erdoğan or Parliament can decide to hold early elections. If the president issues the decision, then polling is supposed to be held in 45 days, as Turkey's Supreme Board of Election has shortened the 90-day period for the earliest date elections could have been held.
Last Update: Aug 19, 2015 2:25 am
RELATED TOPICS