Turkey: PM Davutoğlu to return the mandate to President Erdoğan 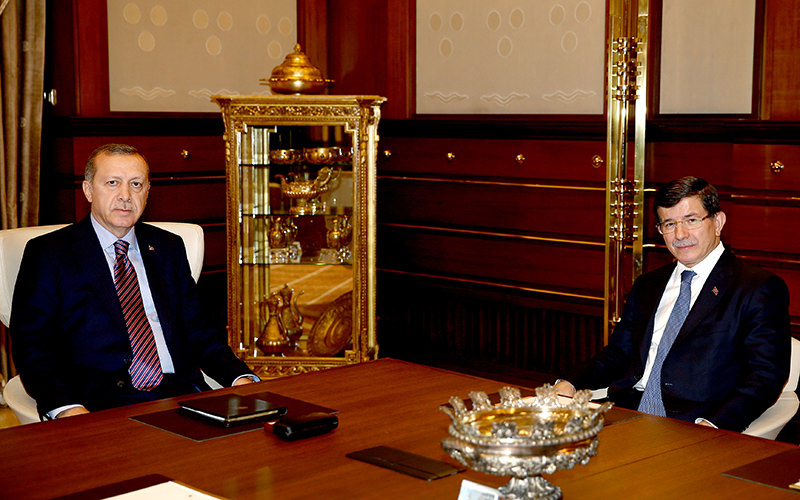 | AA Photo
by Daily Sabah Aug 18, 2015 12:00 am
Prime Minister Ahmet Davutoğlu is expected to return the mandate to form the government to President Erdoğan, after the AK Party's attempts to establish a coalition government with the Republican People's Party (CHP) and the Nationalist Movement Party (MHP) failed.

According to reports, Davutoğlu will be holding a Central Decision and Executive Board (MKYK) meeting on Tuesday with the AK Party at 2 pm, to evaluate the process and draw a road map for the party.

The Turkish Prime Minister will then return the mandate handed over to him by President Recep Tayyip Erdoğan 39 days ago.

Following the meeting with Bahçeli, Davutoğlu said that it was not possible to form a coalition with the MHP and that he is ready to return the mandate if necessary.

In less than a week, when the deadline to form a government expires on Aug. 23, either President Erdoğan or Parliament can decide to hold early elections. If the president issues the decision, then polling is supposed to be held the first Sunday following a 90-day period starting from the end of the first deadline.