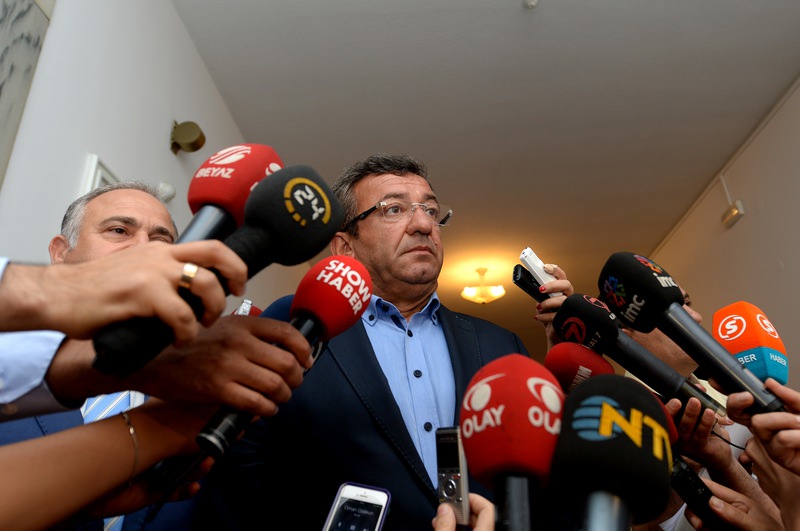 | IHA Photo
by Daily Sabah with Reuters Aug 18, 2015 12:00 am
Turkey's pro-Kurdish opposition Peoples' Democratic Party (HDP) said on Tuesday it would take part in an interim power-sharing government to lead Turkey to a new general election if the need for such an arrangement arises.

The HDP spokesman Ayhan Bilgen said, if President Erdoğan gives mandate to the CHP to the government, the party is open to CHP's every.

The country's main opposition Republican People's Party (CHP) had said earlier in the day that it would not take part in an interim power-sharing government if the HDP declined to do so, according to a senior CHP official.

"If HDP doesn't offer members to that election government, we will... not offer members either," CHP deputy group chairman Engin Altay had told Reuters.

President Tayyip Erdoğan could call for the formation of an "election government" including all four parties if they are unable to agree on a working cabinet by an Aug. 23 deadline.