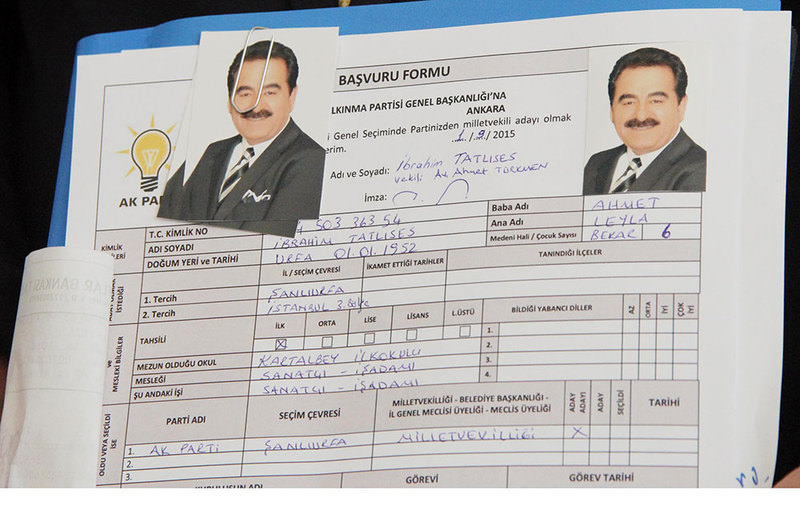 The application was made by lawyer Ahmet Türkmen on behalf of İbrahim Tatlıses.

Tatlıses will soon inform the public regarding his candidacy, Türkmen said after submitting his application to the AK Party's Şanlıurfa Provincial Office.

Tatlıses had previously applied to AK Party for nomination in 2011 general election, however, he was not nominated.

Tatlıses stated that his second option for nomination was for Istanbul's third electoral district, where he ran for the 2007 general elections in Businessman Cem Uzan's Young Party known for its extravagant election promises.

Apart from his singing career, Tatlıses is also famous for his turbulent business career and personal affairs.

In 2011, Tatlıses survived an armed attack but was heavily wounded in the head.