Citizens eligible to vote in Nov. 1 polls on the rise, Turkey's Supreme Election Board says 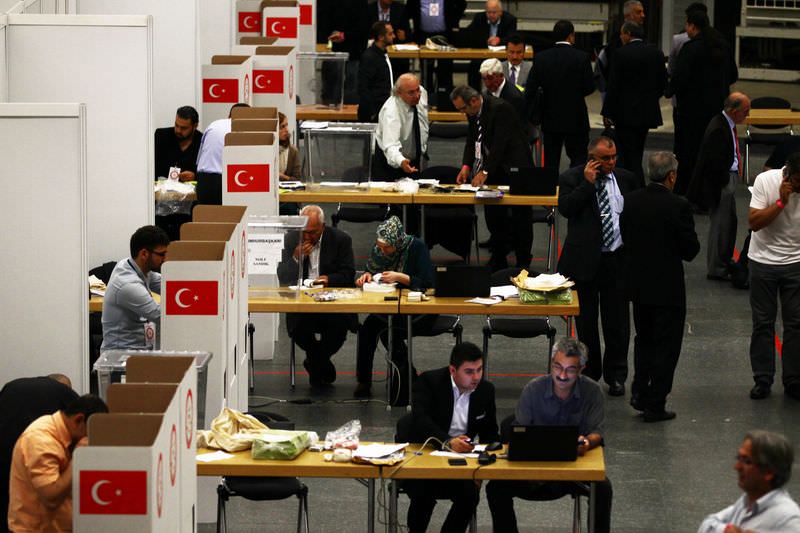 by Anadolu Agency Sep 14, 2015 12:00 am
Turkey's early election slated for Nov.1 has seen a considerable increase in the number of registered voters, the country's Supreme Election Board has revealed.

The board says that more than 54 million people are registered to vote in Turkey while almost 2.9 million people will be able to cast their votes outside the country.

Around 53.7 million people were eligible to vote in Turkey's 7 June general election.

The difference between two general elections is 310,620 in Turkey while this difference is 28,227 for voters outside the country.

The Nov. 1 polls will take place nearly five months after an inconclusive election on June 7 saw no party win an overall majority.

Coalition talks between the Justice and Development (AK) Party and the other three parliamentary parties did not produced any result.

Twenty-seven political parties will participate in the November election, including the AK Party, the Republican People's Party (CHP), the Nationalist Movement Party (MHP) as well as the Peoples' Democratic Party (HDP).

Political parties have to submit their nominees to the board by Sep. 18 and the board will announce the list of parliamentary candidates on Sep. 28.

Turkey is divided into 85 constituencies in 81 provinces for a total of 550 MPs.

The election board will print more than 75 million voting papers.