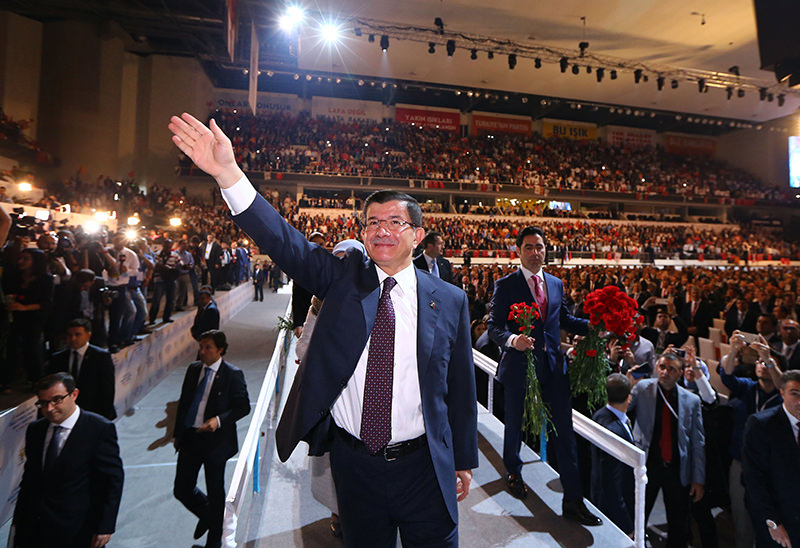 | AA Photo
by Daily Sabah Sep 21, 2015 12:00 am
Prime Minister Ahmet Davutoğlu on Monday called on four major political parties in Turkey to adopt a common stance against terrorism prior to the elections.

Speaking at the introductory meeting of AK Party's candidates for November 1 general elections, Davutoğlu underscored that is crucial to carry out the elections in a peaceful and democratic atmosphere and listed a number of points for all political parties to take into consideration.

"Let us stand shoulder to shoulder with a joint declaration, before the election campaigns start" the Turkish prime minister said, emphasizing the need to ensure a safe and secure atmosphere for the elections.

He also called on parties to be environmentally aware and avoid or minimize the use of party flags, as well as announcements made on the streets, in order to prevent environmental and noise pollution.

Touching upon the issue of presidency, Davutoğlu urged political parties to refrain from exploiting the office of the presidency as a political debate.

Davutoğlu also called on political party leaders to respect the privacy of their political rivals and their families.