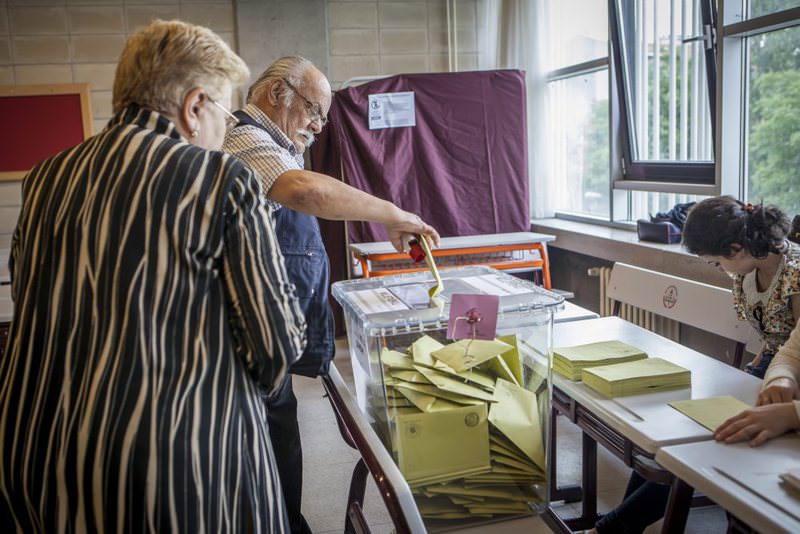 As political parties prepare for the Nov. 1 snap elections, the mission head of the European election watchdog OSCE, Ahrens, said ‘cooperation with parliamentarians has been excellent' and praised Turkey's history of holding orderly elections

With the Nov. 1 elections approaching, the Organization for Security and Co-operation in Europe (OSCE) Office for Democratic Institutions and Human Rights (ODIHR) formally announced on Monday in Ankara the limited election observation mission (LEOM) for Turkey's early parliamentary elections. As the mission's deployment is performed with the invitation from Turkish authorities, the mission head, Ambassador Geert-Hinrich Ahrens, praised Turkey's history of elections and said: "Turkey has a good history of holding orderly elections." Addressing the media following his statements, Ahrens said that the cooperation with Parliament during the two times he has visited Turkey for the presidential election and the June 7 general elections has been excellent and there were "absolutely no problems with them."The core team is based in Ankara, includes 11 experts from 10 different countries, and there will be 18 long-term observers deployed across the country until the Nov. 1 elections. Ahrens added that the OSCE/ODIHR will meet with representatives from state authorities, political parties and candidates as well as representatives from civil society, the media and the international community.

Commenting on the reasoning for holding limited observation, Ahrens said that the decision was made in Warsaw and that "Turkey has good election observation by Turkish observers such as party observers and civil organizations." He added that, "there is an excellent cooperation with parliamentarians since the last two elections, the early statements published a day after elections are an agreed statement between the OSCE/ODIHR group and the parliamentarian groups."Though the final report for the Nov. 1 elections will be issued approximately eight weeks after election day, Ahrens, answering a question regarding the previous report for the June 7 elections, said: "Since the issuing of the previous report, quite a bit has happened, however the last report is rather new due to elections being held shortly, after two months from the previous one." He said: "Most of the recommendations from the June 7 elections were legislative in nature, meaning changing of the Constitution, which could not take place in such short time." In this regard, Prime Minister Ahmet Davutoğlu also said shortly after failing to form a coalition that Turkey's 25th government could have been marked by reforms such as lowering the national election threshold, modifying election law and judicial independence.
RELATED TOPICS