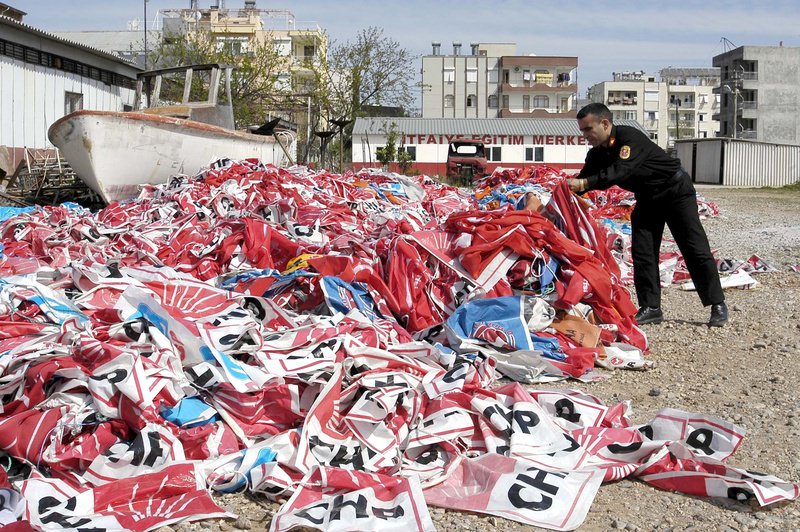 by daily sabah
Oct 08, 2015 12:00 am
Political parties have agreed to have an environment friendly election campaign in Istanbul for the upcoming November 1 polls, the Istanbul governorate announced.

In a meeting on Thursday, the representatives of the 14 political parties decided on not using loudspeakers or hang posters and any other campaign materials except in the designated public areas that are within close distance to the parties' buildings or their campaign centers, said the statement.

The same decision was also taken in Turkey's capital Ankara this week, as political parties agreed not to post any propaganda materials outside of the designated areas, not to use loudspeakers in their campaign practices to ensure a waste-free election.