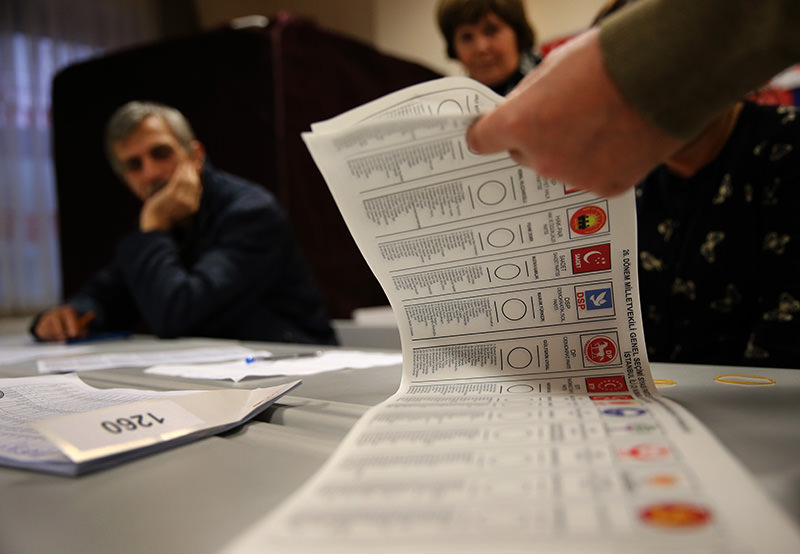 An official counts ballots shortly after the polling stations closed at the end of the election day, in Istanbul, Sunday, Nov. 1, 2015 (AP photo)
by Daily Sabah with Reuters Nov 01, 2015 12:00 am
The ruling AK Party may be on track to win back its parliamentary majority and form a government alone, according to partial results from a general election on Sunday.

The main opposition CHP is at 23 percent, while the nationalist MHP has won 11 percent of the votes and the pro-Kurdish HDP is at 10 percent.

One of the key questions Sunday is whether HDP's votes will be above the 10 percent threshold in order to enter the parliament.

A senior AK Party officials said the party expected its final share of the vote to stand at around 45-46 percent.

"If this trend continues, it is likely that we will have a single party government," the official said, according to Reuters.

A senior official from the runner-up Republican People's Party (CHP) said that the party sees coalition government unlikely based on the current results.