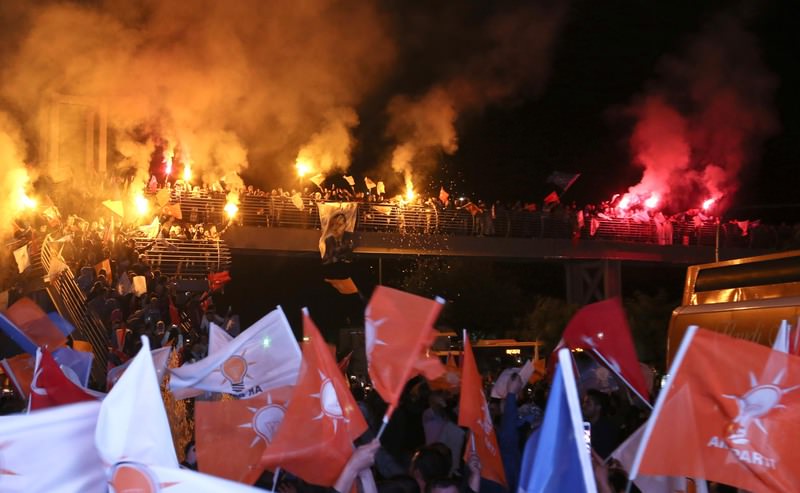 by Daily Sabah Nov 01, 2015 12:00 am
The Justice and Development (AK) Party came first in all provinces in the Mediterranean region in the Nov. 1 general elections, with 98 per cent of the votes counted.

Another new victory for the AK Party was the hometown of the Nationalist Movement Party (MHP) leader Devlet Bahçeli. The MHP lost the majority of votes in Osmaniye, the only province it previously led, in which the AK party took the lead with 46 percent, up from 38 percent in the June election.

The majority of the votes in Antalya, the region's biggest province were also for AK Party as it received 41 percent while unner-up CHP won 33 percent.

While the AK Party came first in 63 provinces across Turkey, the HDP lead in 12 south-eastern provinces, losing control of Ardahan and Kars to the AK Party, two north-eastern border provinces.

More than 54 million Turks were eligible to vote in a poll to elect 550 deputies to the Grand National Assembly.
Last Update: Nov 02, 2015 12:18 am
RELATED TOPICS