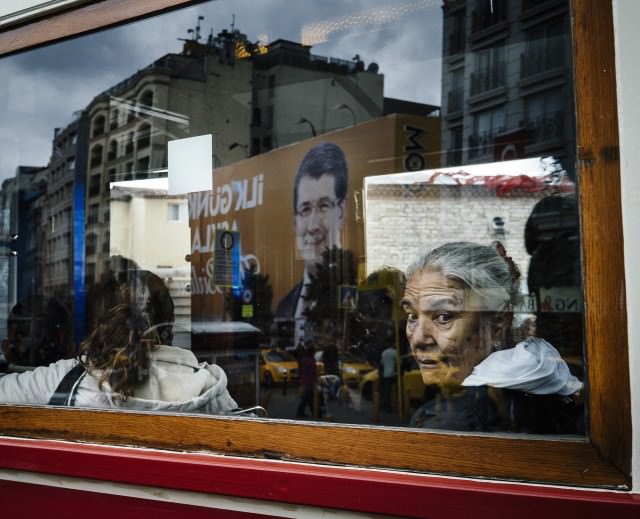 by Anadolu Agency
Nov 01, 2015 12:00 am
The Justice and Development (AK) Party clinched victory after securing nearly 50 percent of votes in Turkey's 26th general election Sunday, restoring a majority government with a landslide victory.

According to preliminary results compiled by Anadolu Agency, the number of ballots opened so far as of 7.30 p.m. local time is 149,336 out of 183,518 across Turkey, which corresponds to 81.37 percent of the ballots.

A total of 183,518 polling stations opened and nearly a million Turks living abroad cast their ballots at 113 embassies and consulates.

Of the 16 parties registered to contest the election, opinion polls suggest four parties could pass the 10 percent threshold to gain seats in the assembly.

Following the June vote, the Justice and Development Party (AK) Party was returned as the largest party with 258 seats. The Republican People's Party (CHP) came second with 132 seats while the Nationalist Movement Party (MHP) and the Peoples' Democratic Party (HDP) won 80 seats each. A deputy from both the CHP and MHP have since become independents.

Sunday's vote is being held as no party won an overall majority and coalition talks failed to produce a government by the 45-day deadline initiated when President Recep Tayyip Erdoğan asked Prime MInister Ahmet Davutoğlu to form a government on July 9.

A caretaker government was formed by Davutoğlu on Aug 28 after a snap election was announced by Erdoğan a day earlier.
Last Update: Nov 02, 2015 1:40 pm