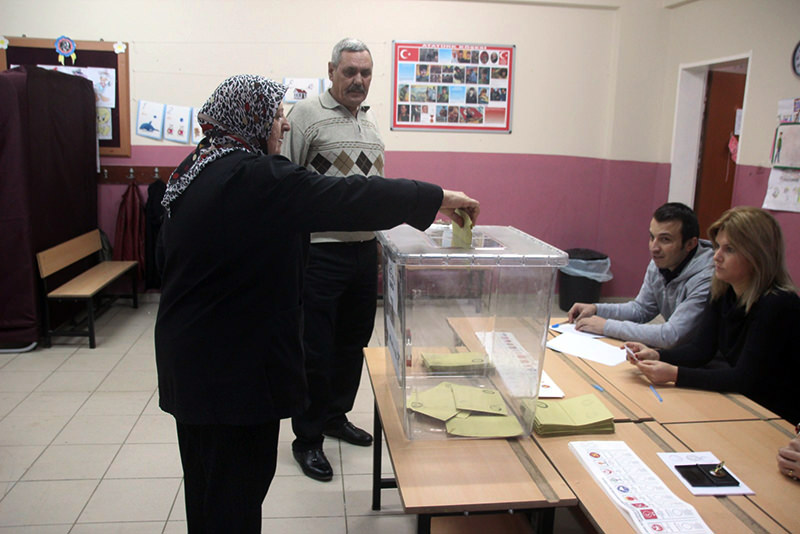 | IHA Photo
by Daily Sabah with Agencies
Nov 01, 2015 12:00 am
Turkish citizens in Turkey have cast their ballots once again in the country's 26th general election on Sunday, five months after the June 7 elections when no party was able to form a majority government.

Polls opened at 7 a.m. (0400 GMT) in the far east of the country and an hour later elsewhere. The polling stations closed in eastern Turkey as of 4:00 pm local time, and an hour later in the west. Early results are expected in the evening.

More than 54 million citizens were eligible to vote in a poll to elect 550 deputies to the Grand National Assembly.

The disabled and elderly citizens received assistance to vote in the elections. A disabled citizen in the southern Osmaniye province was placed on a school desk and was carried with the help of six people, to the third floor of the school where he cast his vote. Another disabled person, the 65 cm tall Bedia Ekinci, was carried on the back of her mother to cast her vote. Some other citizens were brought to the polling stations with ambulances, while shuttle services were arranged for those living in senior centers. 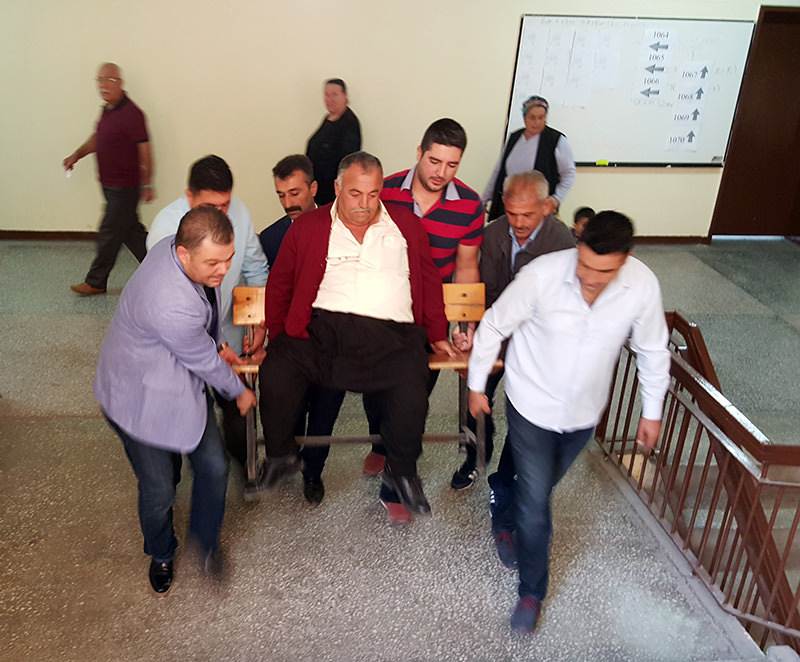 A total of 175,006 polling stations countrywide were open until 4.00 pm or 5.00pm local time depending on their location. Nearly a million Turks living abroad cast their ballots at 113 embassies and consulates, a 25% increase in turnout when compared to the June 7 general elections.

Energy Minister Ali Rıza Alaboyun said in a press conference that the ministry tokk all precautionary measures to ensure that power outages were prevented and a safe elections atmosphere was provided for all citizens throughout the country. He spoke with energy representatives from different parts of Turkey, who informed him about the current situation in different cities.

The electorate selected a party, rather than a candidate, in 81 provinces - divided into 85 voting districts (Istanbul, Ankara and İzmir provinces have multiple districts) - across the country under the closed list proportional representation system.

The election was overseen by observers from civil society groups and political parties as well as international monitors.

Of the 16 parties registered to contest the election, opinion polls suggested that four parties could pass the 10 percent threshold to gain seats in the assembly.

Following the June 7 vote, the Justice and Development (AK) Party was returned as the largest party with 258 seats. The Republican People's Party (CHP) came second with 132 seats while the Nationalist Movement Party (MHP) and the Peoples' Democractic Party (HDP) won 80 seats each. A deputy from both the CHP and MHP have since become independents.

Sunday's vote was hold as no party won an overall majority and coalition talks failed to produce a government by the 45-day deadline initiated when President Recep Tayyip Erdoğan asked Prime MInister Ahmet Davutoğlu to form a government on July 9.

A caretaker government was formed by Davutoğlu on Aug 28 after a snap election was announced by Erdoğan a day earlier.