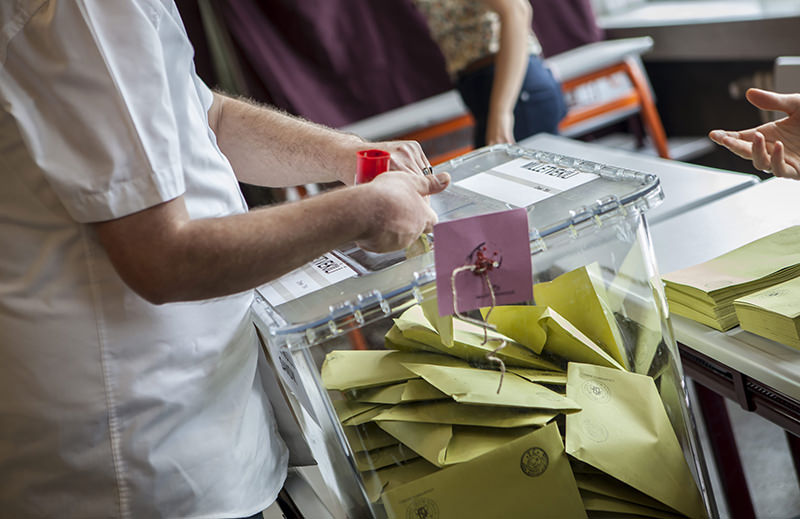 | AA Photo
by Daily Sabah with Agencies
Nov 01, 2015 12:00 am
All polling stations have closed throughout the country in Turkey's 26th general elections as of 5:00 pm local time.

Citizens voting in these provinces had started casting their ballots at 7:00 am local time, while the rest of the country started voting at 8:00 am.

Electoral committees across the country's 81 provinces - divided into 85 voting districts (Istanbul, Ankara and İzmir provinces have multiple districts) - are due to start the count, with the polls having closed at 5.00 p.m. local time (1500GMT).

Officials said that there were no major issues with the voting, and underscored that the turnout was high. Partial results were expected to be announced during the early evening hours, when the Supreme Election Board (YSK) lifts the broadcasting ban.

A total of 175,006 polling stations were open and nearly a million Turks living abroad cast their ballots at 113 embassies and consulates.

Turkey has implemented intense security measures to ensure free and safe elections throughout the country, especially in the east.
Last Update: Nov 01, 2015 8:32 pm