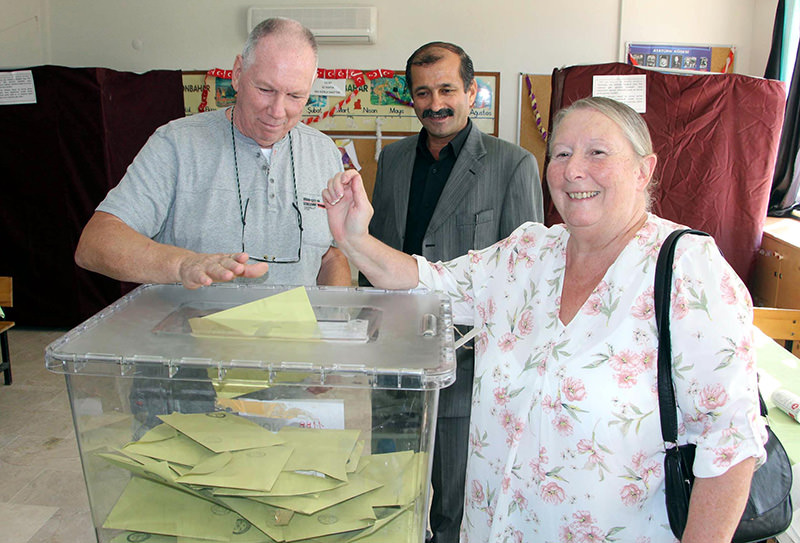 | DHA photo
by daily sabah
Nov 01, 2015 12:00 am
Turkish citizens of foreign descent went to the polls in the seaside city of Fethiye in the Muğla province for the country's 26th general elections.

A group of citizens of mainly English-descent have casted their votes in the district's Ölüdeniz (Dead Sea) neighborhood at Ölüdeniz elementary school. There was reportedly an increase in the number of Turkish citizens of foreign descent this election, compared to the previous ones.

Bryan Carthew of English descent told reporters that he has been residing in Fethiye for the last 10 years and became a Turkish citizen three years ago.

"I hope the best wins. I want the best outcome for Turkey," Carthew said.

Danielle Akgüç told the reporters that he moved to Fethiye after he got married, and said this was his third time that he was voting in Turkey. Danielle Akgüç's husband, Semih, said in the U.K., citizens could use votes through an online system. He said, the English "does not have an issue like waiting in the line."
Last Update: Nov 01, 2015 3:26 pm