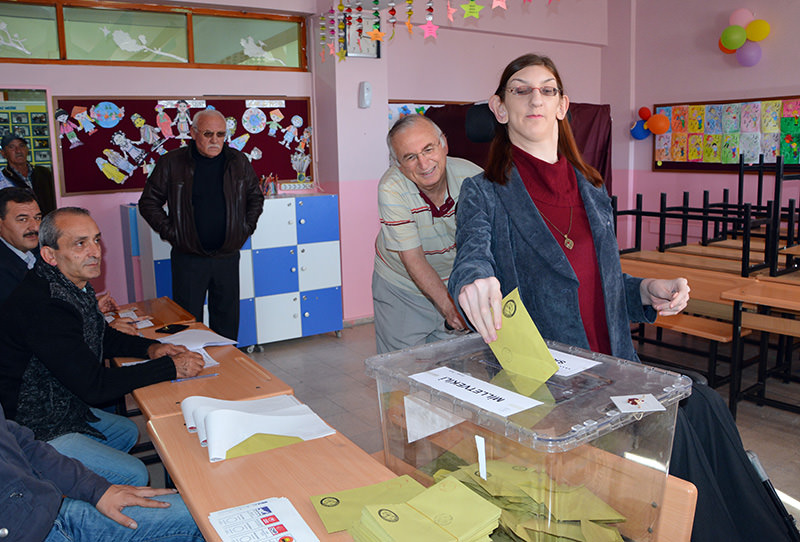 | IHA Photo
by daily sabah
Nov 01, 2015 12:00 am
Rumeysa Gelgi, who holds the Guinness title of world's tallest female teenager, has cast her ballot for the first time in Turkey's 26th general elections on Sunday.

Gelgi was unable to vote in the June 7 general elections, as she did not inform authorities about her condition called the Weaver's syndrome, which is a rare genetic disorder that causes rapid growth and was unable to go up to the second floor. However, this time she informed the local electoral board, who provided accommodation for her, enabling to cast her vote.

"I am delighted to be able to fulfill my civic duty," the 18-year old told reporters after she voted.