Everyone knows how big parties performed in Turkey’s Nov 1 elections, how about minor parties? 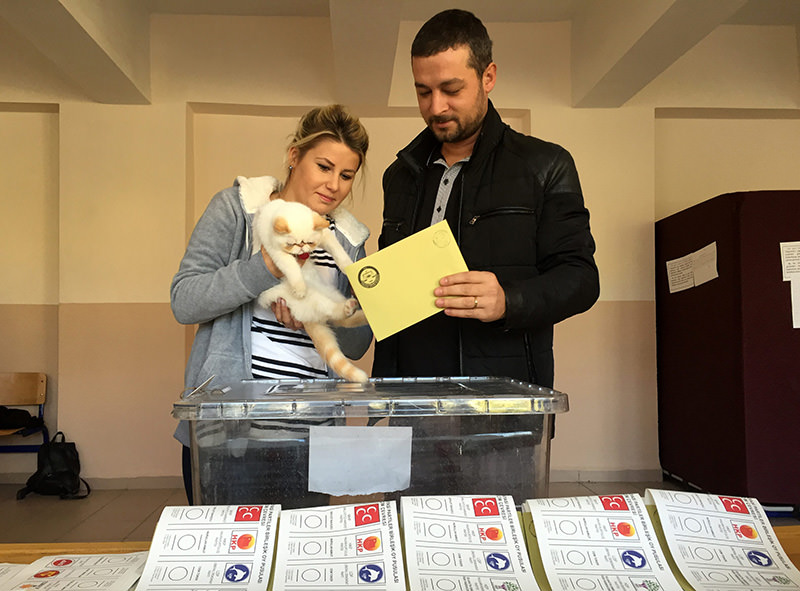 You may think that the most successful party in Turkey’s November 1 elections was the AK Party by achieving a stunning victory with more than 49 percent of votes, but, one minor party increased its votes by 300 percent. On the other hand, another minor party lost votes by more than half, overshadowing its former coalition partner MHP’s 4.5 point loss in elections.

Many of us are all aware of the main facts of Turkey's November 1 snap elections. The stunning and more or less surprising victory of the Justice and Development (AK) Party came with more than 23.6 million votes- amounting to 49.4 percent- and an addition of 4.8 million more voters to its base when compared to theJune 7 elections. The Republican People's Party (CHP) came in second with a slight increase in its votes and managed to secure 25.3, but only managing to receive 600,000 additional votes when the total number of Turkish electorate increased by 2.1 million this time round. The Nationalist Movement Party's votes dropped from 16.3 percent to 11.9 percent and the party lost 1.9 million votes, whereas the Peoples' Democratic Party (HDP) saw its votes dropping by 900,000 votes and from 13.12 percent to 10.7 percent.

However, when considered in terms of percentages, there were bigger winners and losers in the November 1 election who received vote increases or drops unimaginable for major parties. With all receiving less than one percent of the votes, none of the remaining minor parties came even close to passing the 10 percent national threshold.

The Felicity (Saadet) Party and the Great Union Party (BBP), which participated in the June 7 elections under the Saadet Party and received 2.06 percent of the votes, this time received 1.23 percent of the votes combined and saw their electorate decreasing almost by half from 949,636 to 588,633. These parties respectively ranked fifth and sixth in the election. With 2.06 percent of the votes, the province where the BBP was most successful was again central Sivas, the hometown of its founding chairman Muhsin Yazıcıoğlu. Saadet performed better than its Turkey average in northern Black Sea provinces, and Bartın was the leading province by giving 1.95 percent of their votes to Saadet.

The Patriotic Party (VP), which has an inexplicable weight in Turkish politics despite the election results, saw its votes melting by one-thirds from 0.35 on June 7 to 0.25 on November 1. Receiving 119,591 votes, the party ranked seventh in the election results. The western provinces of Muğla, Izmir and Kırklareli were provinces where the VP performed better than its Turkey average with respectively 0.55, 0.54 and 0.52 percent of the votes.

Once the leading party of the Turkish left with more than 20 percent of the votes and a main coalition partner between 1999 and 2002, the Democratic Left Party (DSP) saw the largest decrease in its votes in the November 1 elections when compared to other parties. The party's votes, which were 0.19 percent on June 7, dropped to 0.07. The northern Zonguldak province, the hometown of the party's founding chairman and former Prime Minister Bülent Ecevit, was unsurprisingly the province where the DSP performed the best with 0.29 percent of the votes.

Two other minor parties have shown an increase in their votes, who are the Rights and Freedoms Party (HAK-PAR) and the People's Salvation Party (HKP). The pro-Kurdish HAK-PAR, whose chairman Fehmi Demir died in a traffic accident a week before the elections, manage to increase its votes from 0.13 percent and 58,645 votes to 0.23 percent and 110,161 votes. The province where HAK-PAR was most successful was the northern province of Bartın with 0,72 percent votes, where Kurds make up a significant share of the province's demographics. The far-left HKP acquired 0.18 percent and 85,137 votes on November 1 when compared to 0.13 percent and 60,413 votes on June 7. With 0.54 percent of the votes, northeastern Ardahan was HKP's most successful province. These parties respectively ranked eighth and ninth in the election.

The Independent Turkey Party (BTP), which is famous for its surprisingly generous election promises, was another party that saw its votes decreasing by half from 0.21 percent to 0.11 percent.

The province where the Liberal Democratic Party (LDP), who received 0.06 percent of the votes throughout Turkey, succeeded the most was eastern Ağrı with 0.38 percent of the votes. As a first in the party's history, the LDP won the March 30 2014 local elections in the town of Konakkuran, in the Malazgirt district of eastern Muş province. A year later, the first and only LDP mayor Bülent Ateş joined the pro-Kurdish Democratic Regions Party (DBP).

*Note: This article was based on early election results provided by the Anadolu Agency, there may be changes in final results.
Last Update: Nov 03, 2015 1:55 am