November 1 general elections in Turkey a 'victory of democracy': US Muslim leaders 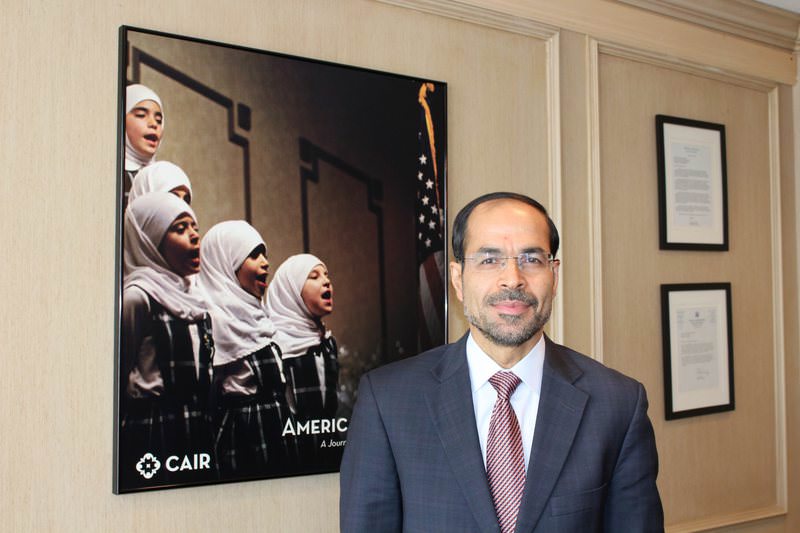 by Daily Sabah with AA Nov 04, 2015 12:00 am
American Muslim leaders are doling out high praise for Turkey's citizens and its ruling party for the process of recently held parliamentary elections.

"The Turkish elections also stand as a sample for Muslim countries, as how an election can be held successfully and democratically in the Muslim world," Nihad Awad, executive director of the Council on American Muslim Relations told Anadolu Agency.

"We, as Muslims, applaud the Turkish leadership for the role they play for the Muslims. Turkey is a shiny example and will continue to guide Muslims all around the World," added Awad, who leads the largest Muslim civil rights organization.

He said one of the most important aspects of the elections was the ability of Turkish citizens to freely and democratically elect the Justice and Development (AK) Party to one more term, with high voter turnout of 87 percent.

After five months of political uncertainty following general elections in June, the AK Party secured victory Sunday by receiving more than 49 percent of the vote, according to preliminary results.

The party polled at just 41 percent in the previous election and was unable to form a coalition government.

"Muslims all around the world, including those in the U.S. are celebrating the success of AK Party, who stands as a voice for the oppressed people," Awad noted.

The head of the Syrian American Council congratulated the AK Party for the results and said the ruling party engendered a sense of gratitude by Syrians for Turkey's support for democratic reforms in the neighboring country wrecked by five years of civil war.

"The Republic of Turkey is an inspiration to the Syrian people as a thriving democracy right next door, and its political developments have great impacts on us," said Modammed Ghanem who runs the organization from its Washington, D.C. offices.

"We are hugely indebted to Turkey for everything they have done to shelter refugees and to support freedom and democracy in Syria," Ghanem added.

Dr. Akram Elzend, co-founder of the Egyptian Americans for Democracy and Human Rights, told Anadolu Agency that the poll is a "victory of democracy" and that Egyptians are envious of the Turkish people for peacefully using their democratic rights.

"We are very proud of the AK Party, the way that they handled the process of election, the way they communicated with the other opposition parties," he said.

AK Party delegates and its chairman, Prime Minister Ahmet Davutoğlu, met with opposition party leaders in an attempt to form a coalition government after the June election.

Although talks failed, Davutoğlu described the meetings as "constructive" and "rewarding" for democracy in Turkey.

Elzend noted the importance of a powerful government and leadership in Turkey that can influence regional and global issues.

Sunday's results were "a major surprise to anyone keenly following the developments in the country" and "affirmation that the democratic process is vibrant and successful," according to Hatem Bazian, a Daily Sabah columnist and the co-founder of Zaytuna College which is the first Muslim liberal arts college in the U.S.

"One can effectively say, that the population voted for political and economic stability while setting aside ideological differences," he said. "In a sea of conflicts and destruction in the region, the Turkish people once again illustrated that it is possible to have free and open elections."