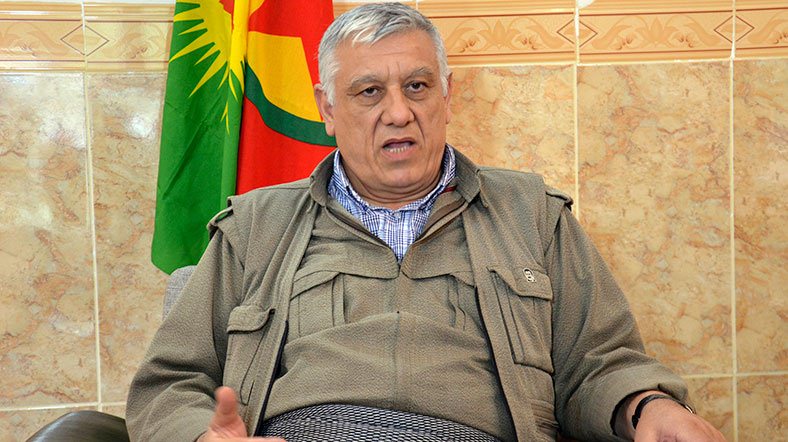 by Daily Sabah Nov 05, 2015 12:00 am
The PKK terrorist organization's senior leader Cemil Bayık said that the pro-Kurdish Peoples' Democratic Party (HDP) wouldn't have been able to receive five percent of the votes in the November 1 elections if it wasn't for the support for the PKK activities against the state in Turkey's southeast.

Pointing out that the HDP received more than 60 percent of the votes in southeastern districts where the PKK is the most powerful, Bayık said "the claims that the HDP must detach itself from the group or show its stance against the group's activities are nonsense."

In his article published in Azadiya Welat and Yeni Özgür Politika newspapers, Bayık stated that the Justice and Development (AK) Party was able to increase its votes because of the conflict and chaos, and blamed the party for the fall in HDP votes, claiming there were irregularities during the elections.

However despite Bayık's claims, the civil society organization, Oy ve Ötesi (Vote and Beyond), which monitored the Nov. 1 elections with 60,000 volunteer observers across Turkey, has condemned allegations of election manipulation and said the election results announced by the Supreme Election Board (YSK) were in line with their assessment.

Furthermore, the head of the international election observer delegation of the Parliamentary Assembly of the Council of Europe (PACE), Andreas Gross, said there is no sign the election results were manipulated.

HDP members had made remarks considered controversial in relation to the PKK and its Syrian-affiliate Democratic Union Party (PYD) and its armed People's Protection Units (YPG). The HDP received 13 percent of the vote in the June 7 elections, but lost around 1 million votes on Nov. 1 to the AK Party, which won 49.4 percent of the votes. However, the party still managed to pass the 10 percent election threshold in order to enter Parliament. Some suggested that this loss was due to the HDP's inability to convince the PKK to disarm.

The PKK is recognized as a terrorist organization by the U.S., EU and Turkey. Formed in 1978, the group had been fighting the Turkish state for an independent Kurdistan until the early 2000s. The group then shifted its goal to autonomy in predominately Kurdish regions of Turkey.
Last Update: Nov 05, 2015 7:07 pm
RELATED TOPICS