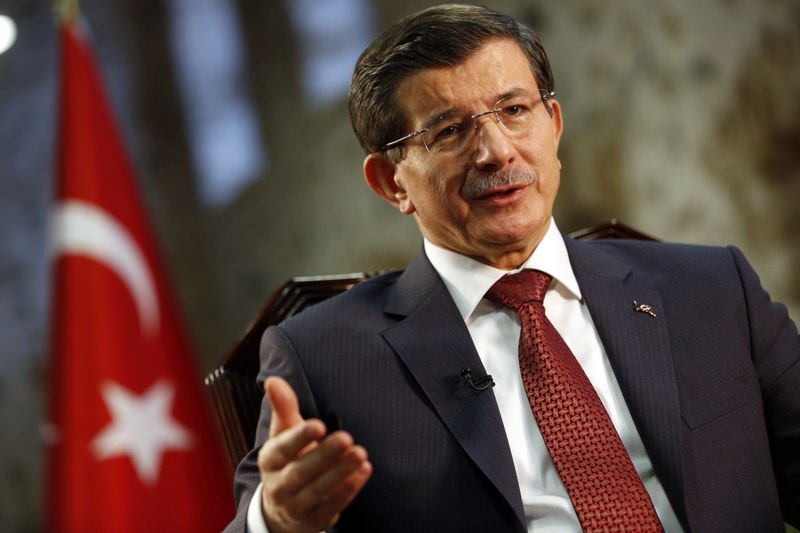 by Daily Sabah with AA Nov 11, 2015 12:00 am
Justice and Development Party's (AK Party) "principled and moral attitude" and determination to fight against terror led to the landslide victory in the November 1 general elections, Prime Minister Ahmet Davutoğlu said Tuesday.

"The reason behind the triumph story on November 1 is the principled and moral attitude that never resorted to illegal means and resolutely carried out its decision to fight against terrorism," Davutoğlu said in a live interview with TRT state TV.

The AK Party regained its majority in the 550-seat Turkish parliament by sweeping 49.5 percent of the votes to take 317 seats.

The party gained almost 9 percent on the inconclusive June 7 election that led to almost five months of political uncertainty that witnessed a wave of terror attacks, including the July 20 Suruç bombing that killed 32 and the Ankara attack on Oct. 10 in which 102 died. The Ankara and Suruç terror attacks were perpetrated by two brothers, Şeyh Abdurrahman Alagöz and Yunus Emre Alagöz, respectively.

Alagöz brothers were members of ISIS-linked 'Dokumacılar' ('Weavers' in English) group, that is allegedly comprised of around 60 or 70 Turkish citizens who have crossed the Turkish-Syrian border to receive training in ISIS camps.

The inter-election period also saw Turkish security forces carry out nationwide counter-terrorism operations against the PKK amid a spike in attacks on security personnel.

"The Turkish people believed in our competency, our vision to rebuild the country and embraced our politics between June 7 and November 1," Davutoğlu said.

The prime minister also addressed the difficulties faced by the AK Party, of which he is chairman, following the June election.

"We won the November 1 elections on the night of June 7," he said. "We told our people that we got their message and would never leave this country without a government."

He added: "On June 7, the Turkish people told us to reevaluate ourselves and we established a broad consultation platform and held a party congress where we managed to preserve the unity and solidarity of the party."

Davutoğlu said the Suruc attack was another crucial event that led to the decision to pursue the fight against terror "with resolve".

The Ankara bombing less than a month before the final election was an attack on democracy, he added. "It would have been so hard for Turkey to go to the polls in a polarized atmosphere unless we had dealt with the attack and embraced all of the community."

The time between the elections would be marked as the "success of a politics that is integrated with the social psychology," Davutoğlu told the interviewer.

Politicial, economic, judicial and constitutional reform would form major policies for the administration, he added.

"We will complete the first phase of political and economic reforms within the next six months, mainly judicial reforms," he said.

These would bring more freedoms and would be scheduled within a three-month, six-month and year timeframe. Citizens will form part of the reform process.

"We will listen to all and fulfill their needs," Davutoğlu said. "We will take into account the most extreme views and try to make the best decision but will not allow the rise of social tension, provocation or polarizing speech to prevail under any circumstances."

He revealed he would consider creating "mini-cabinets" relating to finance, security and foreign policy and reform.