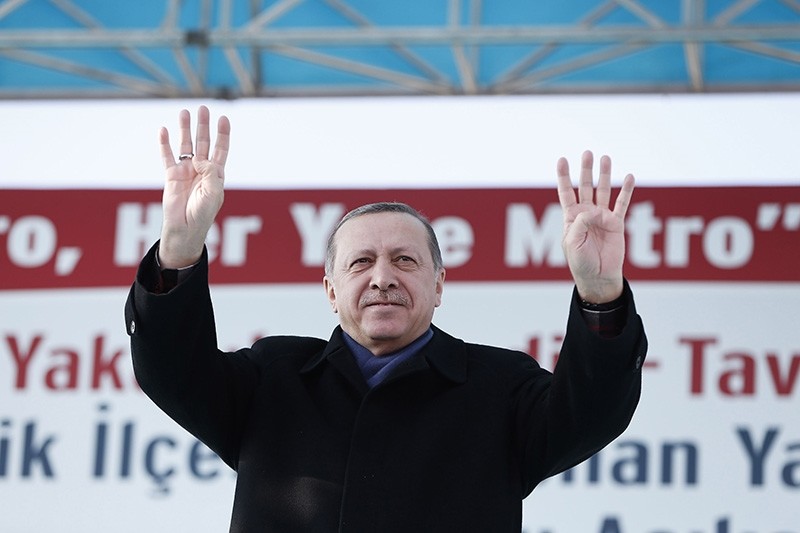 President Recep Tayyip Erdoğan asked Saturday his followers in Istanbul to support the constitutional change in an upcoming referendum.

Speaking at the opening ceremony of the extension of Kadıköy – Kartal metro line in Istanbul's Pendik district, Recep Tayyip Erdoğan said: "I believe that you will walk to the future by working day and night in this campaign for the referendum."

A referendum is expected to be held early April following Erdoğan's approval in the coming days.

"Now I hope the nation will make a real decision," he said.

Proposed changes to the constitution require a simple majority in the referendum. Replacing Turkey's current parliamentary system with a presidential one is the question expected to be submitted to the electorate.

Erdoğan and his supporters have argued that Turkey needs a strong presidency to avoid weak governance and allow the country to successfully tackle a number of challenges, including terror attacks from Daesh, the PKK and the Gülenist Terror Group (FETÖ).

Opponents argue it will weaken democratic checks and lead to increased authoritarianism.