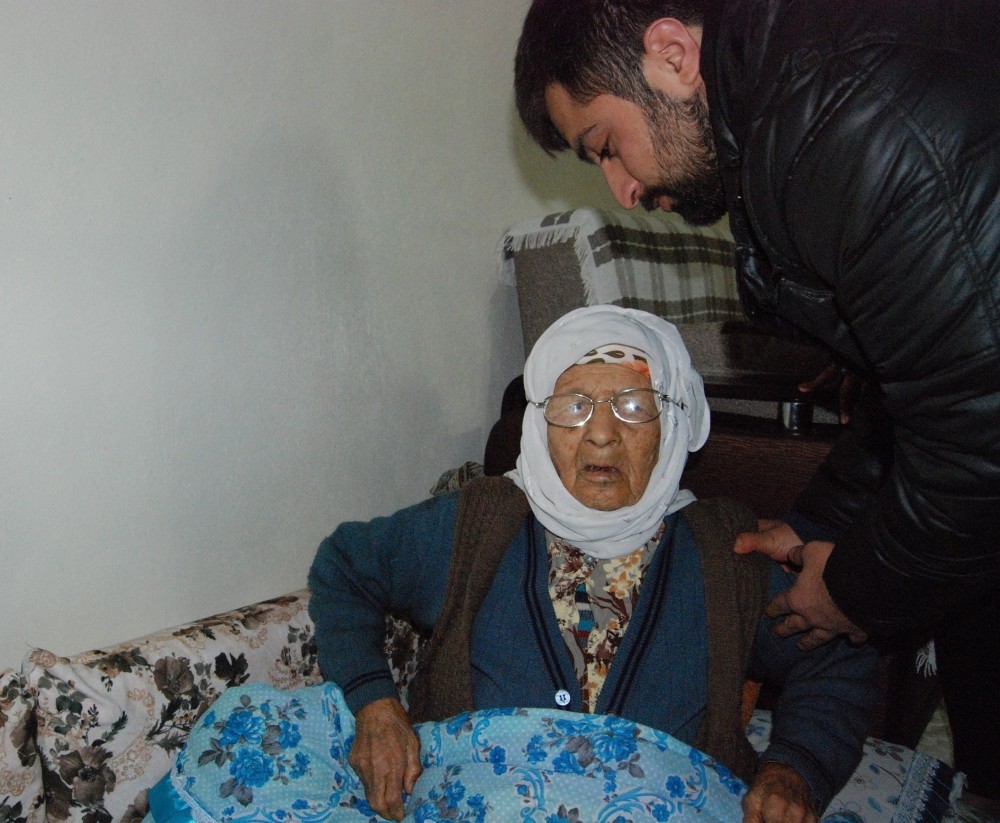 by Daily Sabah Feb 01, 2017 12:00 am
Fatma Gökkaya, 105, a Kurdish woman from Turkey's Şanlıurfa province, has joined the "Yes" campaign as she voiced her support in Kurdish, speaking in favor of the constitutional referendum expected to be held on April 9.The centenarian from Turkey's southeast, made a call on President Recep Tayyip Erdoğan and showed her support for the constitutional referendum by saying, "Count me in. Are you with us?" in Kurdish.

Gökkaya was born in 1913 or 1914, based on the dates on her birth certificate, which only documents the year 1332, without any month or day. It is based on the old Hijri calendar used during the Ottoman Empire. The Hijri calendar came into use at the time Prophet Muhammad migrated from Islam's holy city of Mecca to Medina, in Saudi Arabia - in 622 according to the Gregorian calendar.

Gökkaya's call refers to a Twitter campaign that was launched last week by some of Turkey's well-known figures in support of the "Yes" vote in the upcoming referendum on constitutional amendments for a switch to the presidential system.

Football commentator and former Fenerbahçe player Rıdvan Dilmen, Barcelona midfielder and the captain of the Turkish national team Arda Turan, Turkish pop singer/actor Murat Boz among many other famous figures have so far joined the campaign on social media.

Meanwhile, the nongovernmental organization Akil Gençler Platformu (Wise Youth Platform), visited Gökkaya at her house in the Haliliye district of Şanlıurfa. Provincial head of the NGO, Ahmet Alpay, said they visited her because due to her old age, she very clearly remembered past events, including military coups and the constitutions prepared by military councils.
RELATED TOPICS