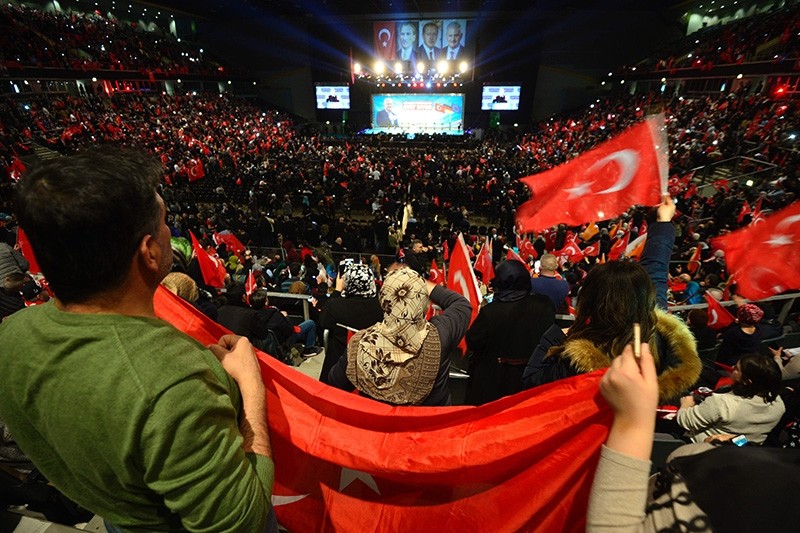 Prime Minister Binali Yıldırım addressed to a crowd of 10,000 Turks at the city of Oberhausen at the German state of North Rhine-Westphalia on Saturday, asking for their support in the upcoming referendum on presidential system reform.

In the event organized by the Union of European Turkish Democrats (UETD), Yıldırım said that Turkey will continue to fight effectively with anti-Islam movements and xenophobia, praising Turks in Germany for their resilience.

Some 1.4 million Turks living in Germany are eligible to vote in the referendum, which is scheduled to take place on April 16. Germany is home to the world's biggest Turkish diaspora community.

Yıldırım said that some three million Turkish citizens will vote on the upcoming referendum, who will be able to take to the polls starting on March 27.

A group of some 300 people also staged a protest against the rally.