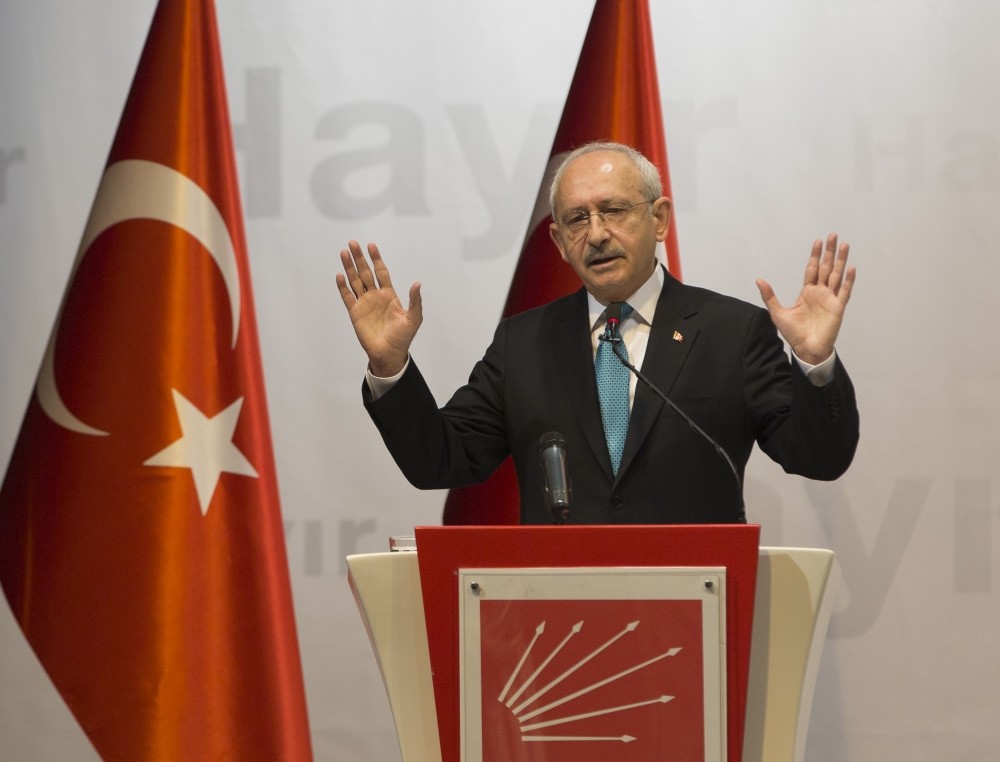 by Daily Sabah Mar 07, 2017 12:00 am
Republican People's Party (CHP) Chairman Kemal Kılıçdaroğlu yesterday made an incorrect statement about the constitutional changes that will be put to a referendum on April 16.

Speaking on a radio show, Kılıçdaroğlu said that if the president and the prime minister were from different parties in the new system, it would lead to a crisis.

However, the new system does not envisage a prime ministerial post if the changes are approved in the April 16 referendum.