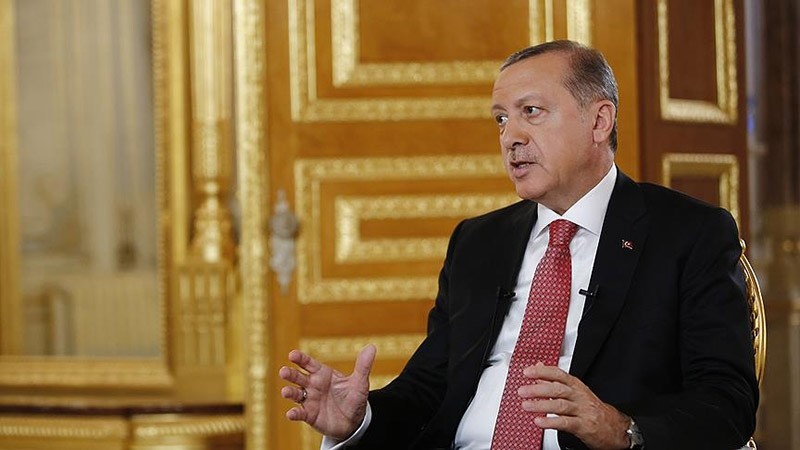 President Recep Tayyip Erdoğan has urged Turkish citizens living abroad to participate in the upcoming referendum despite obstacles being placed on their path.

Addressing the citizens via an interview aired on the state-run TRT network Wednesday, Erdoğan said: "Whatever obstacle they place in front of you, you should go and cast your votes on the dates announced for you to participate in the polls."

Germany's opposition parties and several media organizations have been campaigning for a ban on rallies by Turkish politicians, claiming it undermines social harmony in the country.

"Your votes will be the most meaningful response to the countries in the West and the world," Erdoğan said.

He said the April 16 referendum would also be the day on which Turkish citizens abroad would feel happy despite obstacles they face. "Nobody has the right to prevent your will," he said.

Erdoğan said the new constitutional reforms would save the future of the country.

Constitutional reforms and the change to a presidential system has been on the political agenda since Recep Tayyip Erdoğan, a former prime minister and Justice and Development (AK) Party leader, was elected president in August 2014.

This marked the first time a Turkish president had been directly chosen by popular vote.

On Jan. 20, Turkish lawmakers from the ruling AK Party and the opposition Nationalist Movement Party (MHP) voted in favor of a new constitutional reform package.

Aside from the change to an executive presidency, other reforms include allowing the president to maintain party political affiliation.

There will be changes to Turkey's highest judicial body, which would be renamed while retaining its independence and own budget.