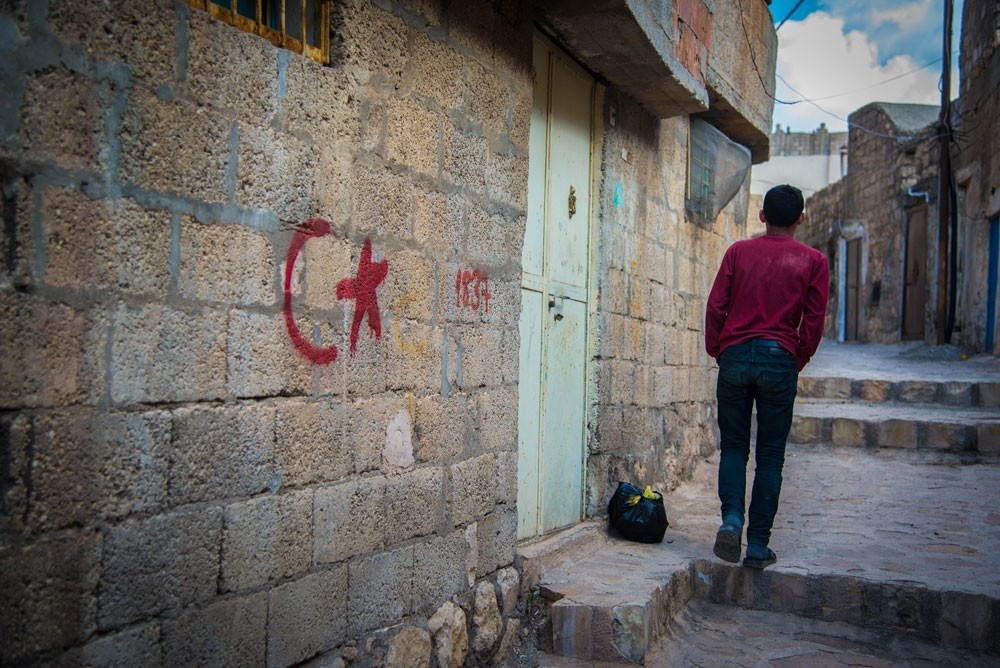 Economic hardships and the trauma of PKK violence continue to on the top of the agenda of ordinary people of the southeast. Constitutional referendum is yet to make a mark, but a campaign focusing on their needs and what the reform propose may win their hearts and minds

İhsan Çelik needs to serve thousands of glasses of tea per month to make enough money for his family of 14 living in a small flat in central Diyarbakır, a renowned touristic province in southeastern Turkey. The 52-year-old, born and raised in Diyarbakır, has been tirelessly running his small business for decades. I came across him in the historic Sur district of the province as he was rounding up the empty tulip glasses he had distributed to shops about half an hour before. He repeats the cycle dozens of times a day, wandering around every edge of the district's market.

The country is set to witness one of the most vital referendums in its history, however, Çelik, just like other ordinary citizens on the streets of Diyarbakır, is reacting indifferently to the remarkable event. "Referendum? It's not on my agenda," he said. 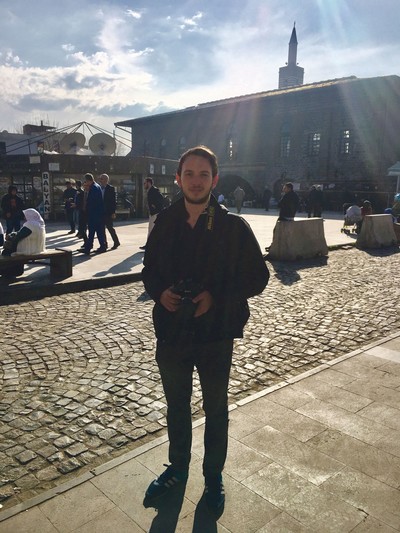 Over 50 million Turkish citizens eligible to cast their votes will determine the fate of the country's Constitution on April 16. Despite the buzz in the capital city of Ankara ahead of the referendum, the larger picture across the country reflects a different truth.

Kurds make up a significant portion of Turkey's population and millions of them will partake in the referendum barely more than a month later. Their votes will be more crucial than ever in the ruling Justice and Development Party's (AK Party) bid to change the Constitution.

To get a better understanding of what Kurds feel in the stretch leading up to the referendum, I traveled to the Kurdish-dominated provinces of Diyarbakır and Mardin where close to 2 million people live.

Up until the summer of 2015, the locals of these two provinces had enjoyed the benefits of a reconciliation process for a few years between the Turkish state and the PKK terrorist group. The PKK's urban war strategy of digging ditches and trenches in the streets, which unilaterally put an end to the reconciliation process, was followed by the Turkish military's staunch intervention in southeastern districts that lasted several months. 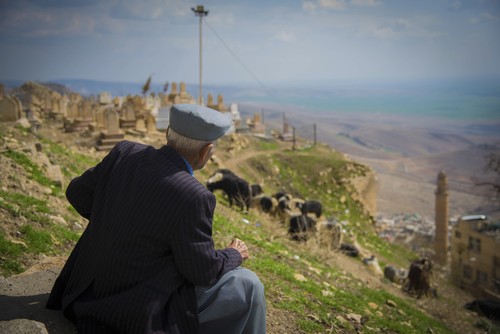 The tourism, economy and the citizens' social lives have become bygones for those in the region. Even though the operations have concluded and, "PKK terrorism was put into its own ditches" as the government puts it, the economy has barely returned to normal.

"There is a trend toward normalization in the economy," the head of the Diyarbakır Chamber of Industry and Commerce Ahmet Sayar said. He talked about the government's plan to revitalize the economy in the region. "The government envisages a TL 75 billion [$20 billion] investment in the region. Diyarbakır will garner a remarkable share," he asserted.

PKK terrorism ruined lives in Sur. Çelik's life is one of them. His business turnover has dropped significantly and he had to abandon his house that was located in the middle of the fiercest clashes. He now has to pay rent for a small flat outside the central town, in which his family of 14 struggles to live.

"The terrorist organization [the PKK] wreaked havoc on us, but the state is yet to heal our wounds," Çelik cried out.

Economic hardships and concerns about the quality of their lives seem to drive ordinary Kurds away from the hype of the referendum.

"Kurds do not quite see anything that would interest them in the proposed constitutional changes," Mustafa Aydın, Mardin chair of Turkey's largest civil servants union, Memur-Sen, explained. Aydın insisted that the Kurds' agenda is not the referendum for the time being.

The government could turn Kurds' exasperation into a glimpse of hope in the run up to the referendum. The tense environment across the country over the referendum could break the shackles of the economy. Sayar stressed that the country needs relief.

"The political environment needs to loosen up," he said, which, according to him, would reflect better on the region's economy.

The head of the AK Party's Mardin branch, Mehmet Ali Dündar, disavowed the idea that the constitutional changes hold no place in Kurds' lives. The provincial head set his hopes high for Mardin, where the pro-PKK Peoples' Democratic Party (HDP) won more than 60 percent of the vote in the Nov. 1 snap elections in 2015.

"Our aim is to exceed the 50 percent 'yes' threshold," Dündar asserted.

The AK Party is not alone in its fight to have the constitutional changes approved in the referendum. Apart from the Nationalist Movement Party (MHP), the Free Cause Party (HÜDA PAR), a conservative political party that has influence in the region, has already announced its support in favor of "yes."

However, the Diyarbakır provincial head of HÜDA PAR, Şeyhmus Tanrıkulu, also acknowledged that the interest in the referendum is relatively low among Kurds. "Social and economic concerns top the list of reasons. The post-war trauma is still there," he said as a warning signal to the government.

In the capital, both the ruling party and the opposition blame each other of not fully understanding the constitutional changes. In such an environment, Kurds look the same more or less.

A patisserie employee, Mehmet, 28, who declined to give his surname, expressed his frustration over the complexity of the changes. "I will not go to the ballot. I do not even know if I should say 'yes' or 'no' in the referendum," he said with questioning eyes.

Judging by the bewildered state of Kurds over the constitutional changes pushing them away from the ballots, it seems that political parties that are itching for a "yes" in the referendum have more ground to cover.

Kurds feel betrayed by the pro-PKK HDP, which once claimed to be the advocate for Kurdish rights. "If they [HDP authorities] had cared about us, they would not have been living in their first class villas while the PKK ruined our neighborhoods," said Ebubekir, a 36-year-old man from Mardin, who also declined to give his full name, criticizing the party's indifference.

Hatred against the PKK, however, does not amount to love for the Turkish government. However, Dündar believes that nobody has delivered more for Kurds than the ruling AK Party. "Have a look at the reforms made for Kurds in the AK Party era. What rights are left that we lack?" he asked.

Heading toward the grand finale on April 16, the Kurdish-majority southeastern region of Turkey remains only slightly interested in the referendum. The government could win the hearts and minds of Kurdish citizens by being a remedy to their social and economic crisis.

The distressed Kurds see the referendum as an opportunity that will loosen up the tense atmosphere in the country and take the economy to another level. The recently announced economic incentives in the region by the AK Party government, which has a broad network in the southeastern region, could result in dividends in the ballots.
RELATED TOPICS