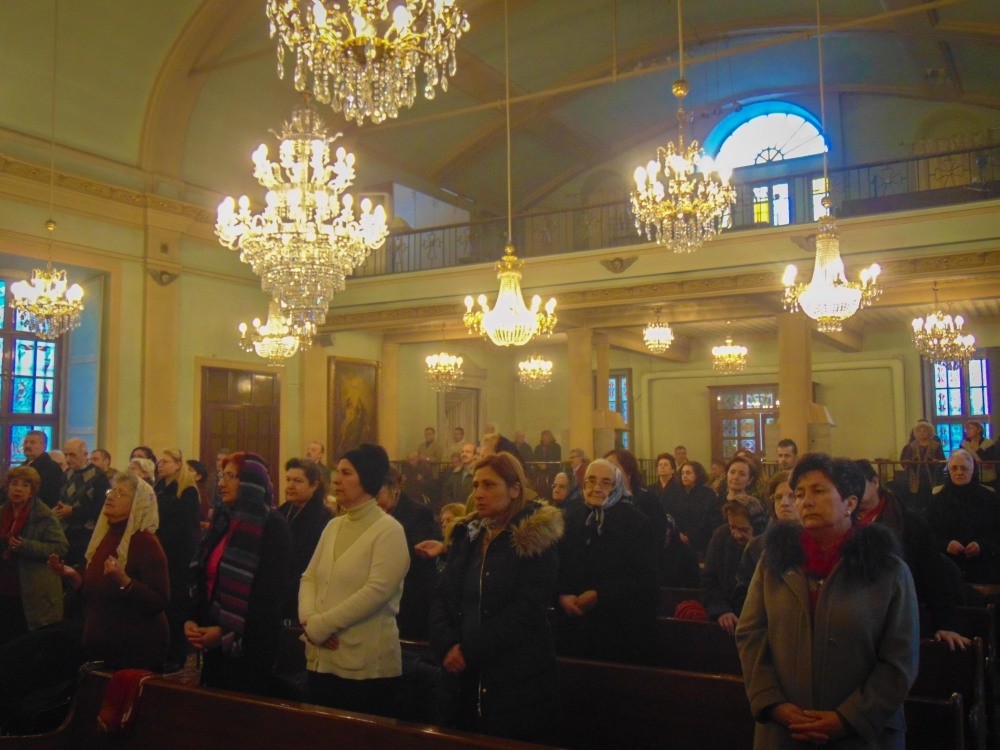 The Armenian community in Turkey, which says it has been granted more rights and freedoms in the AK Party era than in the previous periods, seeks to overcome bureaucratic hurdles by voting ‘yes' in the referendum

"Bureaucratic hardships will loosen up if 'yes' comes out of the ballots," Şanlı said, expressing his hope for the post-referendum era. Stressing that the Armenian community has earned more rights since 2002 in the Justice and Development Party (AK Party) era than in the entire history of the Republic of Turkey, Şanlı asserted that the community owes the AK Party and President Recep Tayyip Erdoğan a lot.

"Erdoğan was the first to come out and say that Armenians are real citizens of Turkey, too. He abolished the tutelage against us," the chairman contended.

Nurhan Döner, an Armenian businessman and resident in Istanbul, said that democratic rights and privileges for the Armenian community have never been better than they are today. "Therefore, the support for the AK Party among Armenians is high," Döner asserted.

There are currently three deputies of Armenian origin sitting in Turkish Parliament: Markar Esayan for the AK Party, Selina Doğan for the Republican People's Party (CHP) and Garo Paylan for the Peoples' Democratic Party (HDP). Döner argued that it is a first that three deputies of Armenian origin are in Parliament, which, according to him, is a signal of an advanced democracy in Turkey.

The proposed constitutional changes give executive powers to the president and vice president, while abolishing the post of the prime minister. It also lowers the age of candidacy for Parliament from 25 to 18 and increases the number of parliamentarians from 550 to 600 in accordance with the country's growing population. The number of the Constitutional Court members will also be decreased from 17 to 15. The same law also proposes that general elections be held every five years, instead of the current four years, with the presidential election taking place on the same day.

The population of the Armenian community is around 50,000 to 60,000, Şanlı said, adding that the community has 33 churches in Turkey. The chairman explained that there are 16 Armenian schools, in which nearly 3100 Armenian students attend.

Comparing today's comfortable lifestyle in Turkey for Armenians to the past, Döner said that the AK Party's positive approach towards the Armenian community has prevented hate crimes against them.

"There used to be those throwing stones and bottles at our churches. Today, we have nothing to worry about in our social or economic lives," he asserted.
RELATED TOPICS