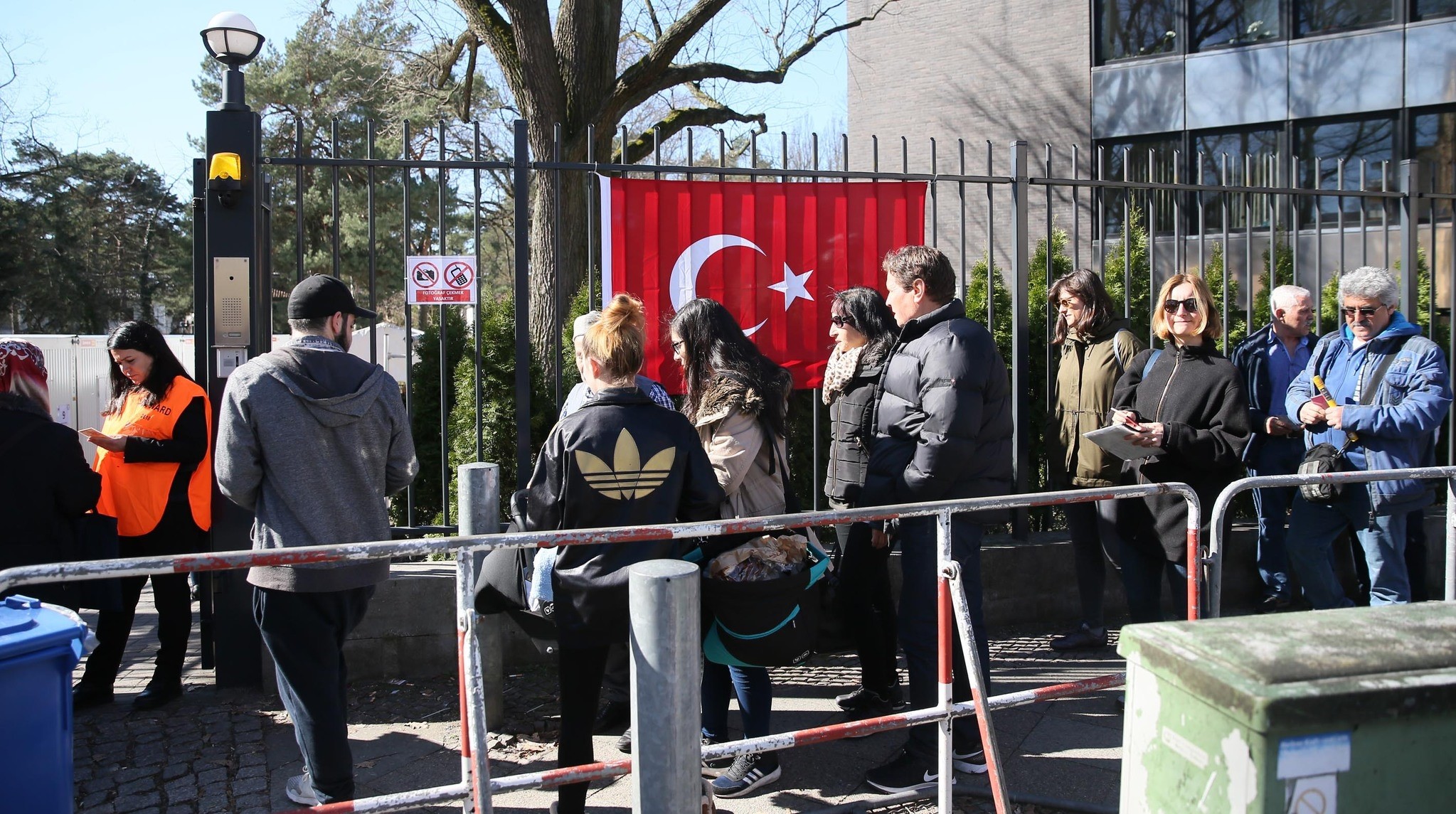 The Justice and Development Party (AK Party) Overseas Election Coordination Center stated that within the first four days of open polls, 218,166 expats have gone to the ballot boxes, casting their vote on the proposed changes in six countries and 29 consulate regions, as well as election centers set up at Turkish border gates.

Compared with the Nov. 1, 2015 elections, the numbers mark that voter participation rate has increased two-and-a-half fold.

Underlining that Turkey may switch to a new governing system on April 16, Prime Minister Yıldırım once more stressed that the constitutional amendment is not a matter of "[Recep] Tayyip Erdoğan or Binali Yıldırım. It is a matter for the nation, a matter for Turkey, for liberty, and for the future."

Touching on the position of European states against Turkey throughout the referendum process, Yıldırım said: "The no-bloc has linked arms with the terror groups threatening Turkey. ...Why is Europe pushing so hard for the 'no' vote in our referendum? Because they envy us, they do not want Turkey to grow. They want Turkey to struggle with its own domestic matters and lose its strength. They want Turkey to act the way they want." Responding to criticism that claims the presidential switch would have a negative effect on the Turkish economy, Yıldırım indicated the country's economy grew by 3 percent in the last quarter in spite of the global crisis and the July 15 failed coup attempt.

In Turkey, 55.3 million eligible voters are expected to cast their ballots on April 16 to vote on a constitutional amendment in a historic referendum that may see Turkey shift to a presidential system.

The constitutional changes have been discussed ever since President Recep Tayyip Erdoğan was elected president in August 2014. The 18-article bill was passed by Parliament in January, with 339 votes in favor of the bill, nine more than needed to take the proposal to a referendum.

The reforms would abolish the post of the prime minister and the president would be allowed to keep his ties to a political party. Other changes would include a change to the minimum age for parliamentary candidates reduced to 18 while increasing the number of deputies to 600. Under the proposed new constitution, simultaneous parliamentary and presidential elections would be held in November 2019 and the president-elect would serve for a five-year term.