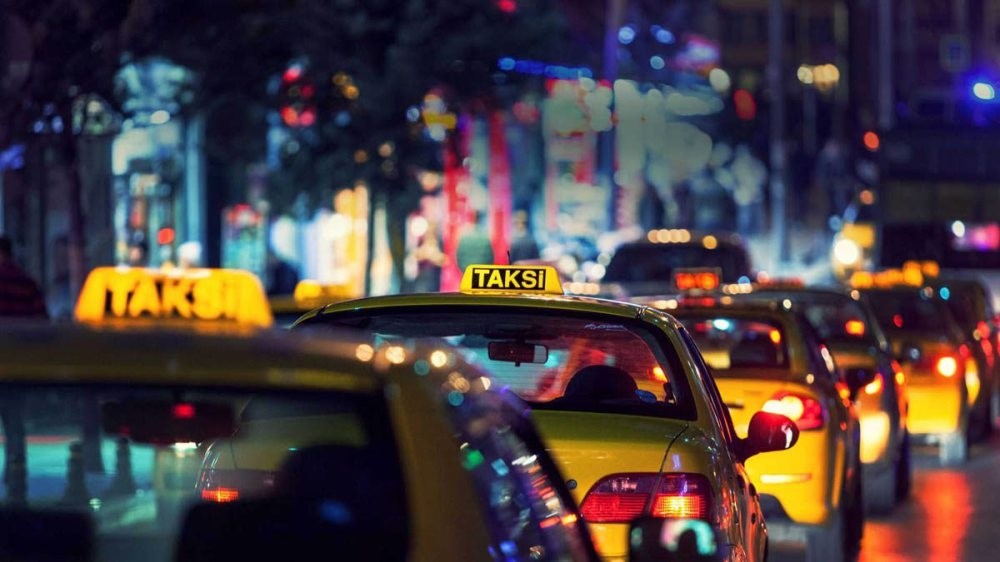 Istanbul's taxi drivers, who come in contact with hundreds of thousands of people from different backgrounds on a daily basis, predict that the ‘yes' votes will prevail on April 16 by a long shot

Taxis have an inevitable role in Istanbul's traffic. With more than 17,000 taxis and 35,000 drivers riding around the city in an overwhelming flux, the taxi drivers get in contact with hundreds of thousands of people per day.

The taxi drivers in Istanbul mainly chat with passengers about politics, football and problems encountered in daily life. Now with less than four days prior to the crucial April 16 referendum, politics dominates the conversations in taxis. Hence, Daily Sabah spoke with taxi drivers about the current trend of people's choices ahead of the referendum.

Driving down Barbaros Boulevard in the Beşiktaş district of Istanbul with Ali, a taxi driver in his 50s, he expressed his confidence in the "yes" votes for the constitutional changes. "The outcome will be overwhelmingly yes," Ali said.

Even though the majority of most recent pollsters predict a "yes" outcome with only a slight lead, the taxi drivers shrugged off the expectations, putting the "yes" votes at around 60 percent. "I say it will be around 60 to 65 percent," Davut, a 58-year-old taxi driver, said.

"I will say yes for my kids, their future and the welfare of my motherland," Davut asserted, adding that never before has he seen services such as the ones during the Justice and Development Party (AK Party) era since 2002.

Ali believes that the July 15 coup attempt, which left nearly 250 people dead and more than 2,000 people wounded, has had a huge impact on the voting tendency of the people. "It was an attempt of occupation in our land. I will vote yes due to this," he declared.

The Gülenist Terror Group (FETÖ), which is known to have carried out the July 15 coup attempt, has been a staunch opponent of the constitutional changes. That being said, FETÖ is not the only actor vehemently opposing the changes.

An all-round propaganda against President Recep Tayyip Erdoğan and the constitutional changes in Europe seems to have worked sideways. "Germany, the Netherlands, Belgium, the EU... Think for a moment why all these are against the changes. I will say yes if they say no," Davut asserted.

The proposed law gives executive powers to the president and vice president while abolishing the post of prime minister. It also lowers the age of candidacy for Parliament from 25 to 18 and increases the number of parliamentarians from 550 to 600 in accordance with the country's growing population. The number of members of the Constitutional Court will also be decreased from 17 to 15.

In the new system, Parliament will have the power to discuss and change executive decrees, and it will be able to take the country to parliamentary and presidential elections, if the yes campaign wins.

Also, executive orders issued during the state of emergency will have to be discussed in Parliament within three months.

Yahya Uğur, the head of Istanbul's Chamber of Artisan Taxi Drivers (İTEO), confirmed the common stance among taxi drivers and their observations. Stressing that the yes votes have begun to increase once the people had proper knowledge of the constitutional changes, Uğur said citizens have been asking for a new constitution for 40 years.

"We hold meetings in Istanbul's districts as taxi drivers and discuss the latest developments in our country," the chief taxi drier said, "we are confident of the outcome."

Recent controversial statements by Republican People's Party (CHP) figures dominate the main topics of discussion in taxis as well. Ali said he and many customers he has talked to are furious with Hüsnü Bozkurt, a CHP deputy who said that the CHP would "once again hunt you down starting from Samsun, all the way to İzmir."

CHP Antalya Deputy Deniz Baykal is also slammed by the majority. He had said that the CHP would "drown your entire generation in İzmir's sea."