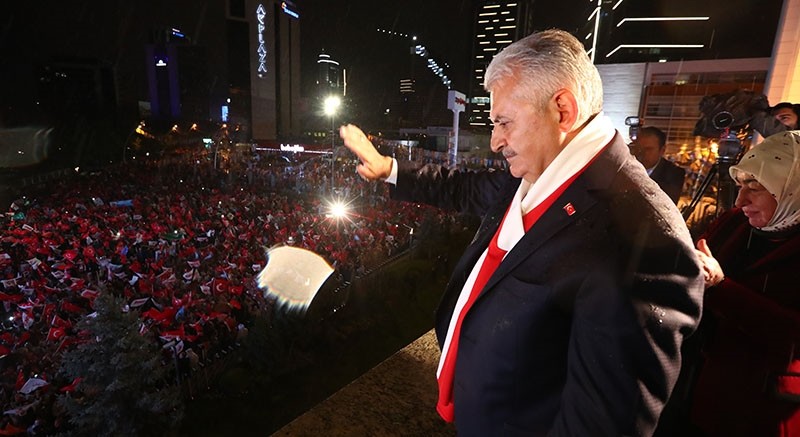 Prime Minister Binali Yıldırım on Sunday declared victory for the "Yes" campaign in the constitutional referendum, and emphasized unity in his victory speech at the Justice and Development Party (AK Party)'s headquarters in Ankara.

While delivering his balcony speech, Yıldırım told his supporters, "This is a decision made by the people. We have opened a new page in our democratic history."

Thanking all voters regardless of whether they voted "yes" or "no", the premier said that the nation had the final say in this historic referendum.

"There are no losers in this referendum. The whole nation emerged as the winner," he said.

The Turkish premier also said the nation used the ballot box to respond to terror groups.

Sunday's referendum asked voters to say 'Yes' or 'No' to an 18-article bill that would see the country switch from a parliamentary to a presidential system, among other changes.