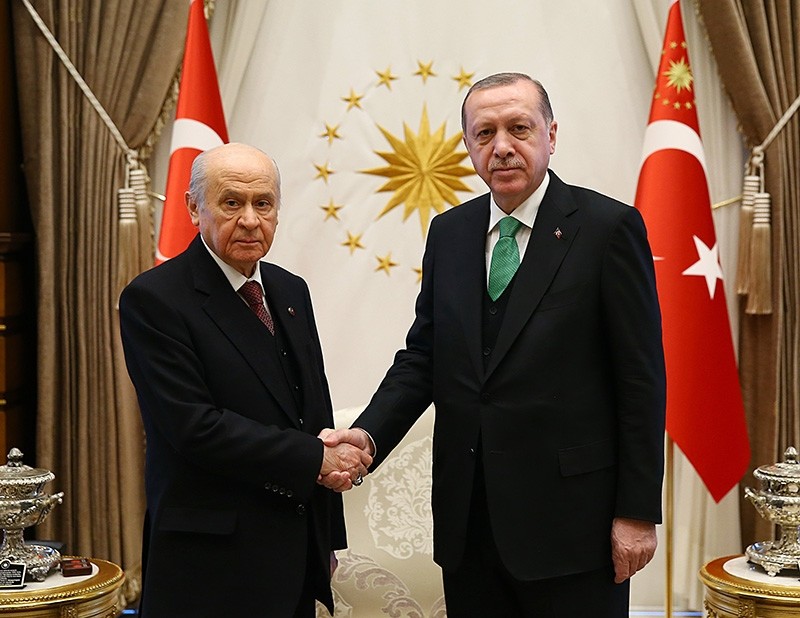 According to a survey conducted by the A&G research company in Istanbul, 95 percent of AK Party voters surveyed expressed support for the recently-established People's Alliance with the MHP for the 2019 general and presidential elections. A&G Research Company Adil Gür said that 86 percent of surveyed MHP voters support the alliance with the AK Party.

However, 35.1 percent of the interviewees said that they would definitely not vote for the AK Party-MHP alliance.

Electoral alliances were brought to the agenda after MHP Chairman Devlet Bahçeli said previously that his party would not nominate anyone for the 2019 presidential election and would support President Recep Tayyp Erdoğan's re-election. The two parties then knuckled down to work to change the laws to make election alliances legal.

The AK Party and MHP's joint work has recently resulted in a 26-article bill, which was submitted to Parliament two weeks ago.