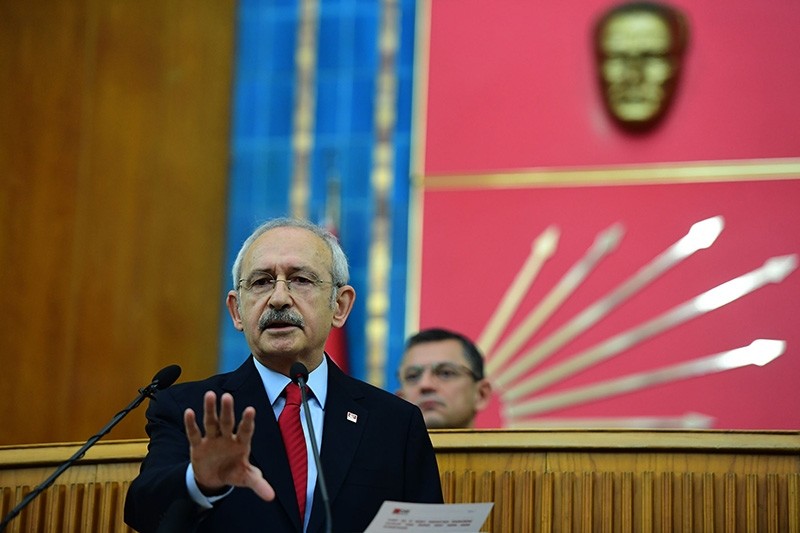 The main opposition Republican People's Party Chairman Kemal Kılıçdaroğlu said that his party will not be boycotting the upcoming 2019 presidential and parliamentary elections.

"Why should we boycott elections that we are going to win?" Kılıçdaroğlu told reporters late Tuesday, responding to a question over CHP İzmir Deputy Selin Sayek Böke's remarks that the elections may be boycotted.

CHP has criticized the new election alliance bill, drafted and proposed by a joint committee, formed by the Justice and Development (AK) Party and opposition Nationalist Movement Party (MHP), claiming that it violates the advantage for opposition parties.

One of the articles, which the CHP opposes, says the election board may set up portable ballot boxes for patients, provided that they submit their medical reports in advance.

However, they will not be able to vote in the mukhtar (village heads) elections. The opposition party is also against the article that says unsealed voting envelopes that are officially printed by the Supreme Election Board will be counted as valid.

The divergent remarks between Selin Sayek Böke and the CHP chairman have reflected once again the intra-party conflictual positions within the party.

Meanwhile, Kılıçdaroğlu reportedly said that his party is not against election alliances, but that the CHP is opposed to the 10 percent election threshold remaining.