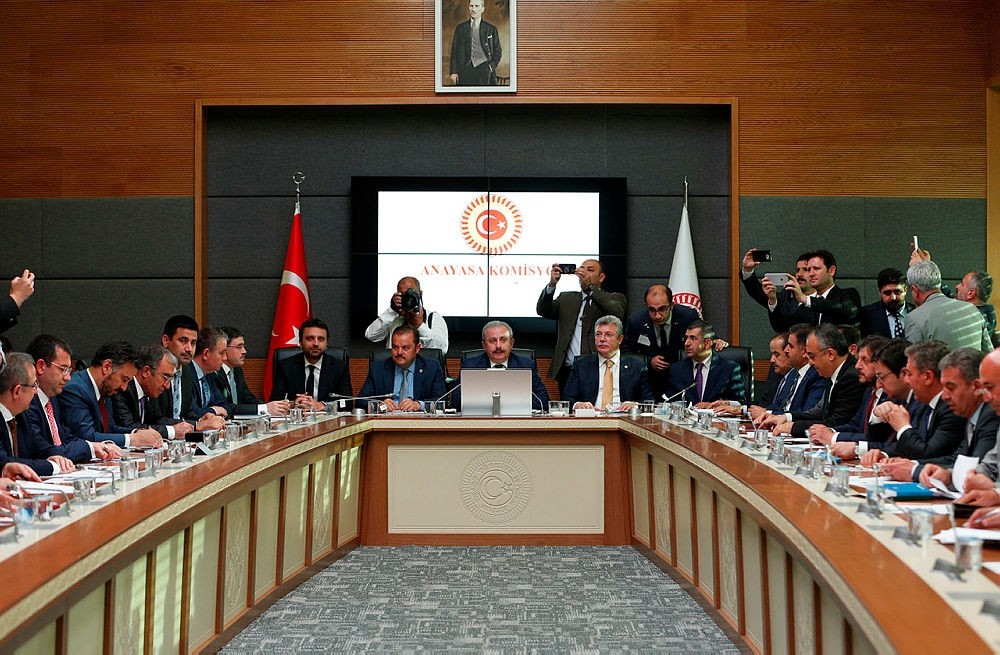 The Turkish Parliamentary Constitutional Commission on Thursday passed a motion seeking to hold the snap presidential and parliamentary elections on June 24.

The ruling Justice and Development (AK) Party Deputy chairman Hayati Yazıcı said earlier that five different commissions are now working at the Parliament for the adaptation of the presidential system, which will be in practice after the polls.

Erdoğan announced Wednesday that Turkey will head to presidential and parliamentary elections on June 24, following a surprise call from Nationalist Movement Party (MHP) Chairman Devlet Bahçeli for snap elections this past Tuesday. Erdoğan's announcement was made at a press conference after a half-an-hour meeting with Bahçeli on Wednesday.

After the meeting with Bahçeli, Erdoğan said that it is necessary to immediately switch to the presidential system and key officials have discussed the issue in detail.

The AK Party and MHP already have an electoral alliance for the presidential and parliamentary elections. The MHP and AK Party formed what they call the People's Alliance, as Bahçeli previously said the MHP will support Erdoğan in the presidential election. The two parties will also be under the same umbrella for the general elections.

The presidential election and general elections will be held on the same day. All political parties planning to create alliances will have to notify the Supreme Election Board (YSK) at least seven days in advance after the electoral schedule starts. It reportedly takes the YSK 60 days to fully prepare for elections.

He added that all necessary arrangements for the elections have also begun and that they will be complete in a couple of days.