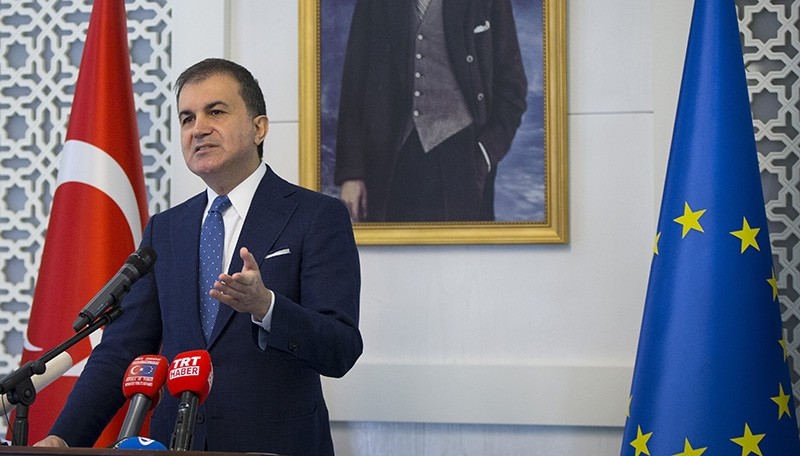 EU Minister Ömer Çelik criticized the Netherlands' "undemocratic" decision to follow Austria's lead to ban Turkish politicians from campaigning for the upcoming snap elections in Turkey, accusing both countries of hypocrisy for being in favor of democracy in Europe but the opposite outside of the bloc.

In a statement posted on his official Twitter account, Çelik said that the leaders of both countries welcome anti-Turkey and xenophobic political movements.

"It is evident that Austrian Chancellor [Sebastian Kurz] and Dutch [Prime Minister Mark Rutte] do not base such decisions on democratic values and greet anti-Turkey and racist political movements," Çelik said, adding that these leaders contribute to the growth of racist groups which oppose European values.

The minister urged the Netherlands and Austria to act using commonsense and refrain from damaging democratic values, which threatens the rise of populism and animosity in the political sphere.

He criticized the hypocritical stance of both countries by saying that they should not defend democracy solely for the bloc but should defend the same principles when it comes to countries outside of the bloc.

"If they really want their words regarding democracy to be credible, they should make decisions without the influence of anti-Turkey sentiment" he added.

Austrian Prime Minister Kurz announced Friday that his country will ban Turkish politicians from holding meetings in the country, which has a sizeable Turkish minority.

The Dutch PM followed Kurz's lead and also said any campaign event regarding the snap elections would not be welcome in his country.

Relations between Turkey and some European countries, including the Netherlands, Austria and Germany were significantly damaged last year during the constitutional referendum. Turkish ministers and politicians in favor of a "yes" vote for the referendum were banned from holding rallies, while those in favor of the "no" vote freely held gatherings without any interference.