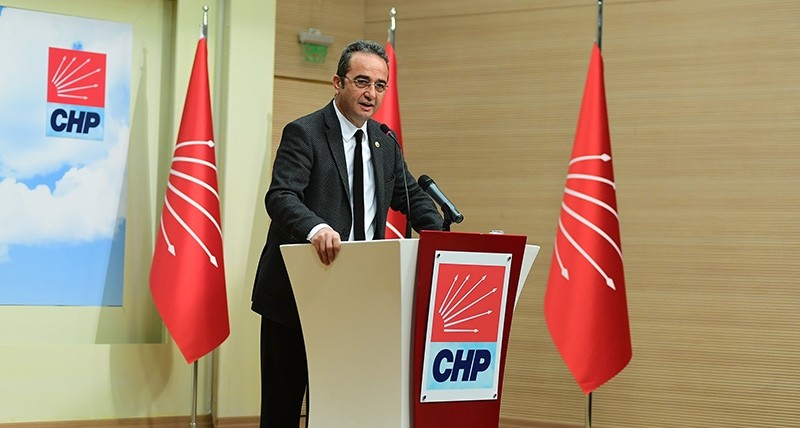 The Republican People's Party's (CHP) presidential candidate perplexity may end on Friday, while the party base is still not fully behind the proposed names.

CHP will announce its candidate for the upcoming presidential election on May 4, party's spokesperson Bülent Tezcan said Tuesday.

Speaking at his party's headquarters in Ankara, Tezcan invited all citizens to hear the announcement of the party's candidate, which is expected to be made at the Ahmet Taner Kışlalı Arena in the capital as the weeks-long dilemma is likely to come to an end. "Our presidential candidate the beginning of a new era in Turkey," he said, without elaborating on who is the possible candidate.

Caught off guard for the June 24 snap parliamentary and presidential elections, the CHP has been struggling to find a candidate to run for president.

From among party members, CHP Yalova deputy Muharrem Ince, Eskişehir Mayor Yılmaz Büyükerşen and Istanbul deputy Ilhan Kesici have been mentioned as strong nominees for candidacy, in addition to party Chairman Kemal Kılıçdaroğlu, who repeatedly said that he is not considering running in the elections. Ince stands out as a populist from the CHP ranks while Büyükerşen is known for being a traditional center-left figure. Kesici, on the other hand, is a liberal figure with a center-right past.

The main opposition party has been subjected to great criticism from other parties as well as their voters because of party's slippery stance for searching a candidate that suits own values. One of the alleged names of the main opposition party was Abdullah Gül, who is the former president and comes from the center-right wing, until last week. But Gül announced that he will not run for the elections, neither alone nor as a joint candidate.

The CHP's close discussions with right-wing parties disturbs the left front and party deputies also. After the CHP transferred 15 deputies to the Good Party (İP) on April 22, the party's Istanbul deputy İlhan Cihaner, a former renowned public prosecutor and currently one of the leading figures of the left-wing intraparty opposition, tweeted asking for 20 deputies allocated for other minor left wing parties, namely the Freedom and Solidarity Party (ÖDP), the Communist Party of Turkey (TKP) and the Democratic Left Party (DSP) to allow them to participate in the elections. Earlier this week, Kılıçdaroğlu said that the 15 deputies will return after they finished "their duties," further stoking the flames of an intraparty conflict.

A candidate from CHP ranks has also reportedly been preferred by party members. Previously, Kılıçdaroğlu said on Sunday that their candidate may be a figure from outside the party, a move which will further deepen the discord within the CHP.

Meanwhile, Felicity Party (Saadet Party) -- another party set to compete at the elections -- announced its Chairman Temel Karamollaoğlu as their presidential candidate.

Last month, the parliament passed a bill calling for early elections on June 24, cementing Turkey's move to a presidential system.

In the April 2017 referendum, Turkish voters approved the switching from a parliamentary system to a presidential one.

Under the changes, the number of lawmakers in parliament rises to 600 from 550, presidential and parliamentary elections are held every five years, and presidents can retain ties to their political party. The prime minister post is also abolished.