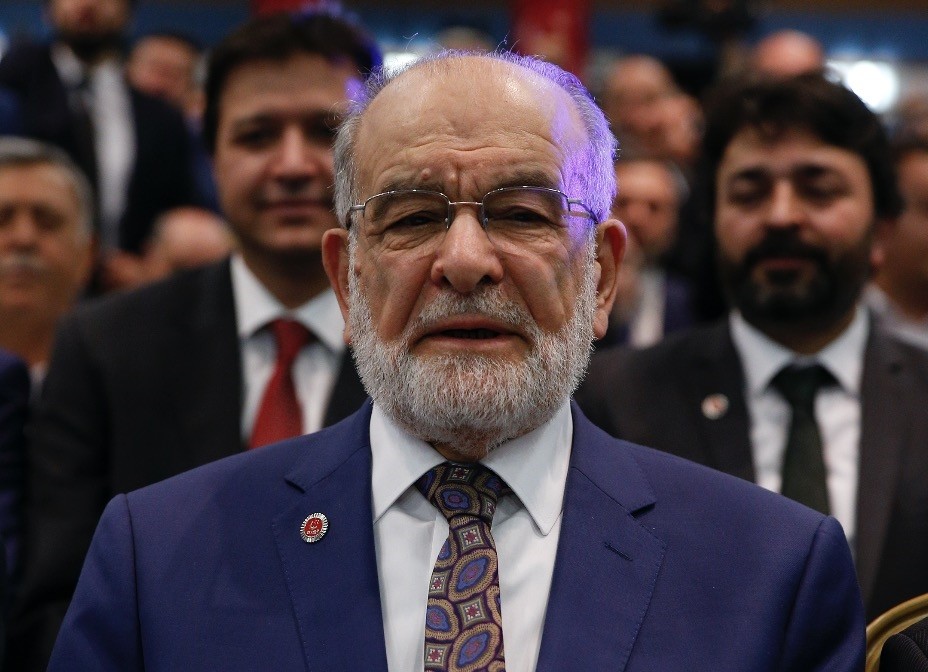 "We [the SP] are the alternatives of the system, not individuals. Everyone should know that we will carry out our campaign on the basis of principles, not based on parties," said SP Deputy Chairman Birol Aydın in a press conference where he announced Karamolloğlu's name.

Karamollaoğlu was born in 1941 in the southeastern province of Kahramanmaraş and graduated from the Science and Technology Institute of Manchester University. After serving many years in the State Planning Organization when he returned to Turkey, he later entered politics in the National Salvation Party (MSP) in 1977, which was chaired by one of the Turkey's prominent politicians, Necmettin Erbakan. He served two terms as a member of Parliament for the central Sivas province, which is also his hometown, from 1977 to 1980 and from 1996 to 2002. He also served as mayor of Sivas from 1989 to 1995. He became the SP's leader in the party's ordinary congress held in October 2016.

Aydın said SP authorities decided on Karamollaoğlu after meticulous consideration. "Karamollaoğlu's name always remained at the forefront. With his dignity and courtesy, he is our presidential candidate," he said.

President Recep Tayyip Erdoğan met Karamollaoğlu in February in a bid to include the SP in the People's Alliance, a center-right election bloc which consists of Erdoğan's Justice and Development Party (AK Party), the Nationalist Movement Party (MHP) and the Great Union Party (BBP). However, the SP refused to join the alliance, indicating that the alliance should be carried out under their principles. Later on, Karamollaoğlu also met with the Republican People's Party (CHP) and the Good Party (İP) for an election alliance. Some media outlets reported that the three parties might have nominated former President Abdullah Gül as joint candidate, however, they rejected the claims and each party announced that they will enter the presidential race with their own candidate. Gül, however, said he dismissed being a joint candidate because a "strong consensus wasn't reached" around him.

In the party program, the SP pledges to make administration reforms by diminishing bureaucracy, modernizing the army, decreasing the number of soldiers in the military, protecting moral values and decreasing the income gap between Turkey's social classes. The party is an ardent dissent of Turkey's presence in NATO and also against Turkey's accession talks with the European Union.