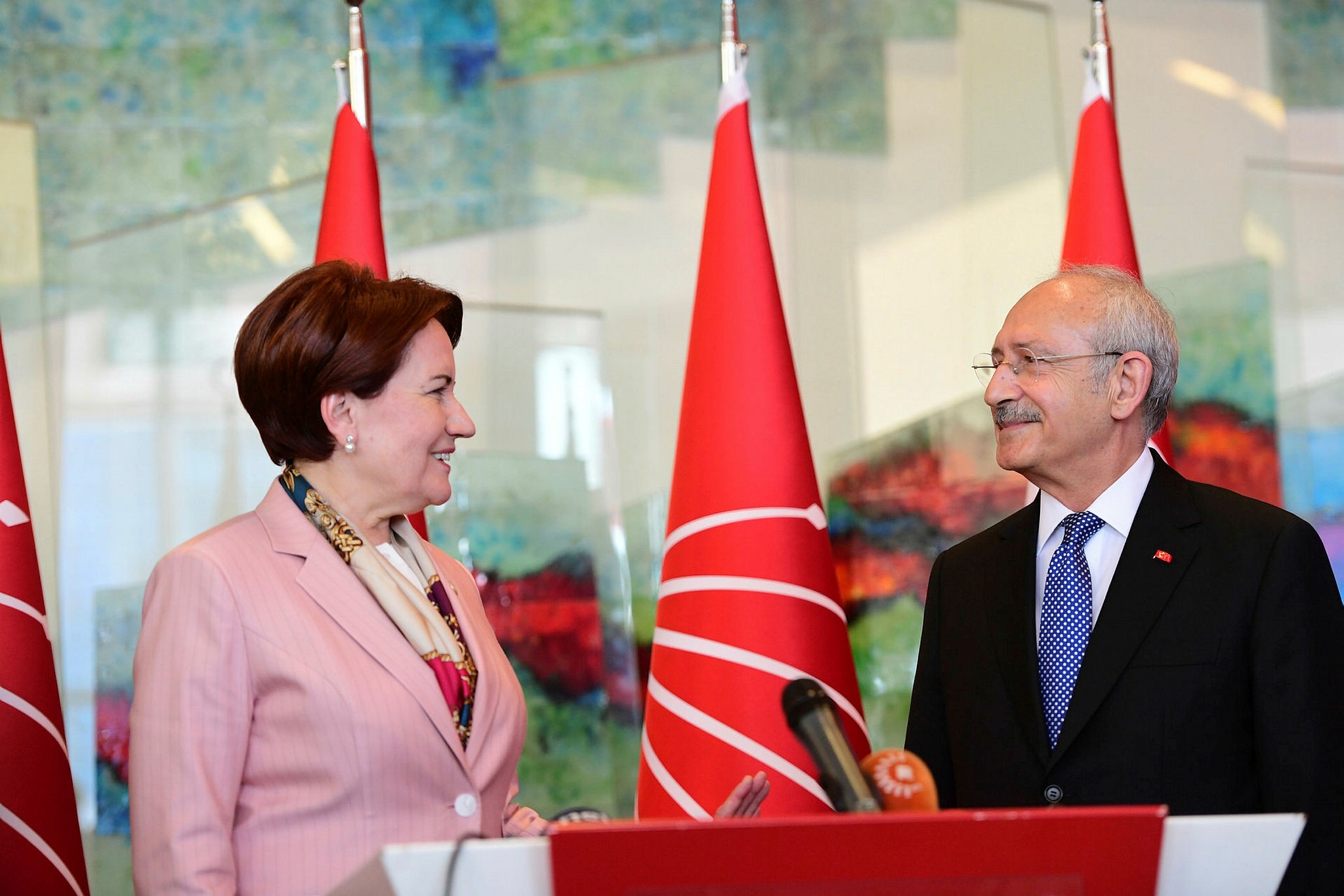 Opposition parties have agreed to establish an alliance against the People's Alliance, formed between the ruling Justice and Development Party (AK Party) and the Nationalist Movement Party (MHP), ahead of the June 24 snap parliamentary and presidential elections.

The official statement is expected to be released on Thursday. The name of the alliance will be determined by the party leaders, news reports have said.

Broadcaster NTV said the opposition alliance deal would be signed at 3 p.m. (1200 GMT) on Thursday. A deadline of May 6 was set for election alliances to be filed with the High Election Board.

The alliance will be confined with parliamentary elections, as each party previously announced that they will enter presidential elections with their own candidates. The union, which brings political parties with different backgrounds, would likely enable the smaller parties to skirt a regulation that mandates parties must receive at least 10 percent of the vote to enter parliament.

IYI Party Chairwoman Meral Akşener initially had a different view on forming alliances with other parties. Having asserted that she would very much like to form an alliance with the Islamist-conservative Felicity Party (SP) and the center-right Democrat Party (DP), Akşener had insisted that the Good Party would "walk alone."

"We will not form alliance. We are not afraid, we are sure, we believe in ourselves," she had said.

Both the center-left CHP and the nationalist center-right İP also previously declared that in case if there is no clear winner in the first run, they will support each other's presidential candidates in the second round of voting.

The ruling conservative Justice and Development Party (AK Party) and the right-wing Nationalist Movement Party (MHP) decided to form a political alliance for the presidential elections after MHP Chairman Devlet Bahçeli announced that his party will not name a candidate for the 2019 presidential elections and will support the re-election of President Recep Tayyip Erdoğan. The right-wing Great Union Party (BBP) also later announced that it would join the AK Party's and MHP's center-right election bloc the People's Alliance, and support Erdoğan as their joint candidate.

While the CHP, SP and DP respectively garnered 25.3 percent, 0.7 percent and 0.1 percent of votes in the last election, the İP was founded after the elections by dissidents who drifted away from the MHP.

News reports had also said that efforts were underway by the opposition leaders to find a joint candidate to run for president. The former president Abdullah Gül was the most pronounced figure, particularly with the efforts of the SP leader. However, Gül announced last weekend that he will not run for president, as a wide-ranging consensus was not reached.

Both the CHP and the İP also previously declared that in case there is no clear winner in the first round, they will support each other's presidential candidates in the second round of voting, which will be scheduled for July 8.