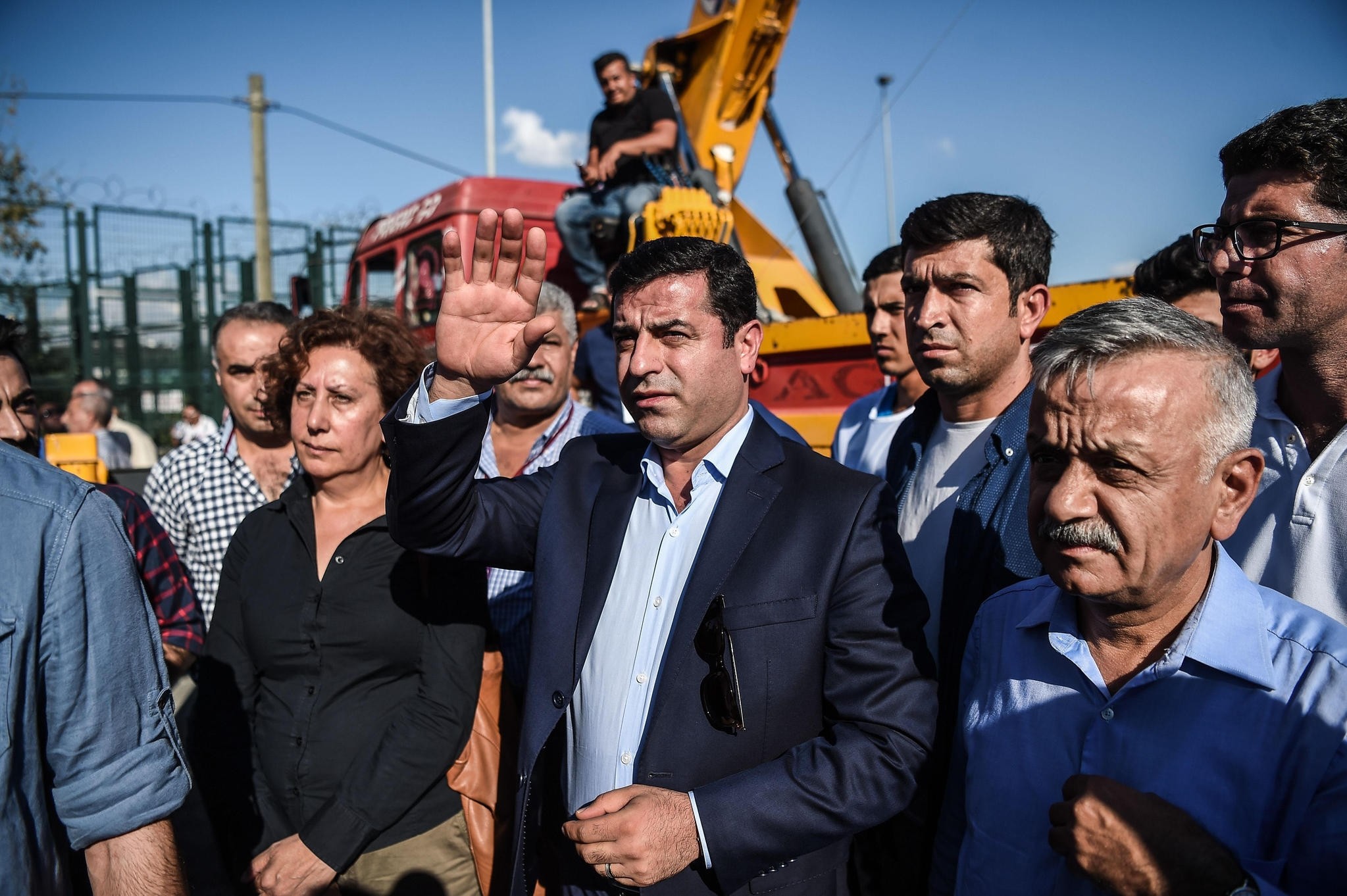 The party leaders held simultaneous candidacy introduction events in Istanbul and southeastern Diyarbakır province to name Demirtaş as their candidate.

Other candidates who will challenge the ruling Justice and Development Party (AK Party) and Nationalist Movement Party's (MHP) candidate, President Recep Tayyip Erdoğan in the elections are Meral Akşener, the far-right Good Party (İP) chairwoman and the conservative Felicity Party (SP) leader, Temel Karamollaoğlu and a neo-nationalist figure, Doğu Perinçek, who wants to run in the elections by collecting 100,000 signatures.
Demirtaş was born in 1973, in eastern Elazığ province of Turkey. He was first elected as a deputy from the Democratic Turkey Party (DTP) in 2007.

When the party was closed down in 2009, he transferred to the Peace and Democracy Party (BDP). In 2014, he became the co-chairman of the left-wing People's Democratic Party (HDP) which was formed with the inclusion of several political movements including the BDP and known for its link to the PKK terrorist organization.

Demirtaş served his duty as the co-chairman until 2018. He became the presidential candidate of the party in 2014 and came in the third place. In 2016, he was imprisoned for insulting "the Republic of Turkey, the Turkish nation, the Turkish state and state institutions."