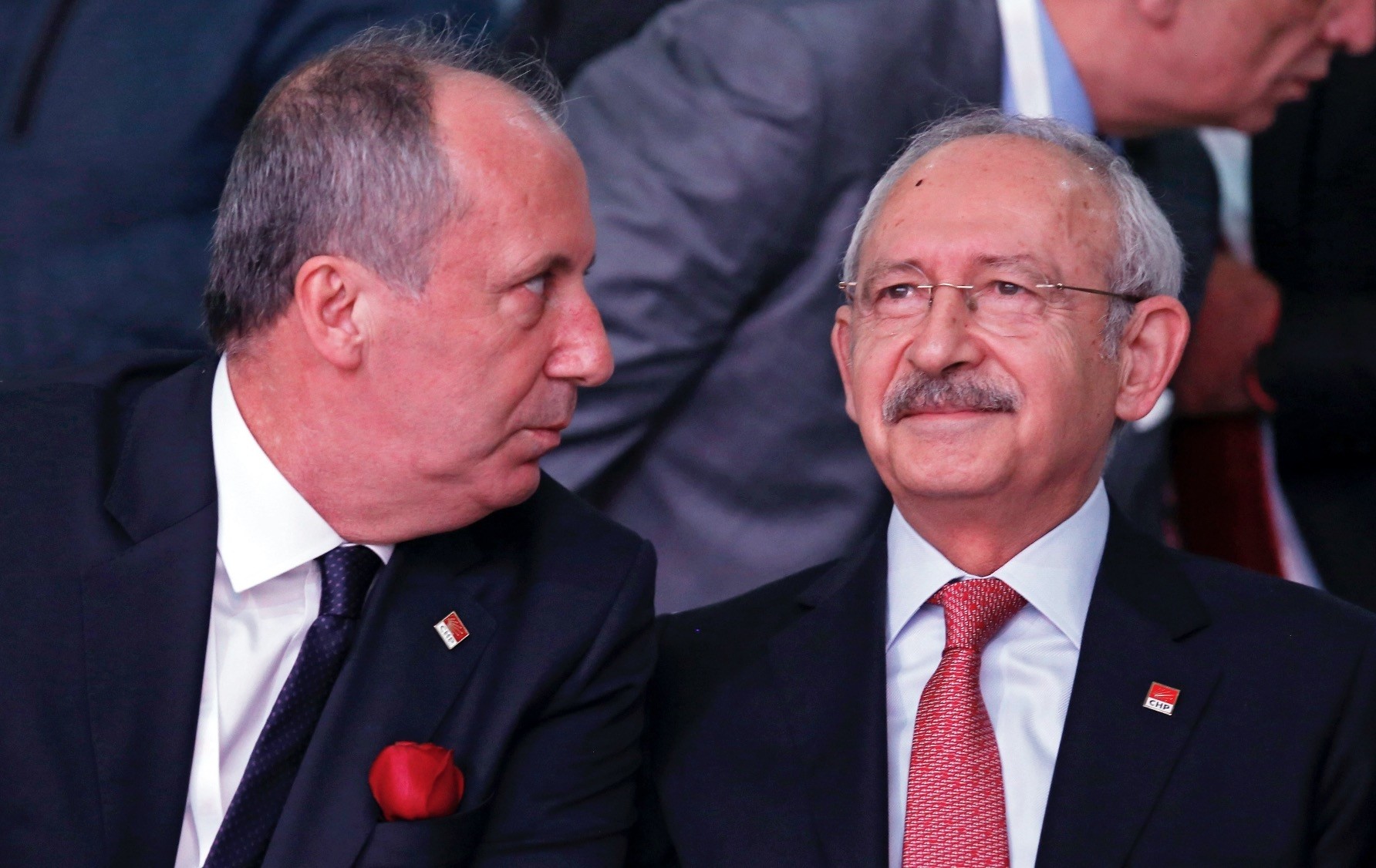 The CHP announced Muharrem İnce as its presidential candidate. Coming from a moderate conservative background, İnce isportrayed as a populist and pragmatic figure, who also has a long-running intraparty competition with Chairman Kılıçdaroğlu

After a long search for a presidential candidate, the secular main opposition Republican People's Party (CHP) has finally announced Muharrem İnce, its Yalova deputy, as their candidate for the upcoming presidential elections on June 24. Following the CHP's group meeting in Parliament, it decided to nominate İnce as a candidate. CHP Chairman Kemal Kılıçdaroğlu officially announced the party's presidential candidate on Friday. İnce, who said his aim is to gain 50+1 of the votes in his speech after the announcement of his candidacy, will run against President Recep Tayyip Erdoğan who has won 12 elections. The ruling Justice and Development Party (AK Party) and Nationalist Movement Party (MHP) formed an alliance, named the People's Alliance, for the upcoming presidential elections.

While the AK Party and the MHP solidified their cooperation for the June 24 elections, CHP leader Kılıçdaroğlu had been long looking for a presidential candidate as he made it clear that he would not become a candidate. Despite meetings with the far-right Good Party (İP) and the Islamist-conservative Felicity Party (SP), an agreement to nominate a joint candidate to run against People's Alliance's candidate, Recep Tayyip Erdoğan, was not reached and the İP and SP announced their party leaders as presidential candidates. Kılıçdaroğlu previously defined the party's presidential candidate as someone who has a success story, has knowledge of economics and does not get involved in disputes.

Despite the definition of Kılıçdaroğlu, CHP's newly nominated candidate İnce who has been a deputy of Yalova province for CHP since 2002, is known for his excitement and compelling rhetoric. İnce is also a teacher and not an economist, making the CHP's candidate not fit the chairman's previously announced criteria.

A strong rival against current CHP chair Kılıçdaroğlu from within the party, İnce comes from a moderate conservative background. The 53-year-old deputy is also portrayed as a populist and a pragmatic figure.

Commenting on the difference between Kılıçdaroğlu's previous definition and İnce, political scientist and director of the politics department at the SETA Foundation, Nebi Miş said that "until the last day, CHP failed to decide on a candidate. As the CHP could not find a way out, it nominated İnce. With this move, the CHP aimed to prevent losing votes to the İP."

Pointing to the CHP's intraparty conflicts, Miş underlined that regardless of the result of June 24 elections, "The CHP will face a crisis regarding the party leadership."

At the party's 36th general congress in February Kemal Kılıçdaroğlu was re-elected as the chairman of the main opposition CHP. Kılıçdaroğlu, who has led the party since 2010, was the front-runner for party chairmanship in the congress.

Lashing out at CHP Chairman Kılıçdaroğlu after he lost at the convention, İnce had then said on his official Twitter account that he will continue his "legitimate struggle" against the chairman. "We exist on the streets, we exist at party grassroots, we exist in hearts therefore we will continue our legitimate struggle," he had said.İnce had also harshly criticized the convention on Twitter as well. "Will you bring freedom to Turkey with this order of fear that you set up within the party?" he asked, adding that Kılıçdaroğlu failed to garner the votes of 291 delegates that signed for him to be a candidate.

Previously, CHP group Vice Chairman Özgür Özel said the party will announce a surprise name that would "make Erdoğan really angry." However, given İnce's record competing against his party chairman, he is unlikely to be the candidate who will make Erdoğan "really angry."

Highlighting the underlying reasons for the candidacy of İnce, Tanju Tosun, an academic from Ege University stated that "as Kılıçdaroğlu's candidacy was seen insufficient to win the elections and with an aim of preventing losing votes to the İP, Muharrem İnce was nominated as candidate."

Tosun underlined that with the candidacy of İnce the run-up to the elections might become more competitive.

Touching on İnce's rhetoric during his speech after the announcement of his candidacy, Tosun said "he needs to use a rhetoric which appeals to the conservatives, moderate nationals and electorates of other parties as well in order to obtain 50+1."

As it is not possible to run in both parliamentary and presidential elections at the same time, İnce's presidential candidacy has been interpreted as a way of eliminating an intraparty dissent. Kılıçdaroğlu was previously criticized for tightening the screw on intra-party dissent.

AK Party Group Deputy Chairman Bülent Turan commented on the İnce's candidacy on his official Twitter account criticizing that the CHP follows "a strategy to eliminate a rival by nominating him as presidential candidate."

"The reason that Kılıçdaroğlu has not become a presidential candidate is that he prefers to remain as CHP chairman. Kılıçdaroğlu also believes that the chance of the CHP's candidate in the election is low. If Kılıçdaroğlu became a candidate he would not participate in parliamentary elections and if he were not elected as president he would lose his post in CHP," Mustafa Altunoğlu, a political scientist from Anadolu University said.

"Kılıçdaroğlu opted for staying as chairman rather than taking risks for greater objectives," Altunoğlu underlined.