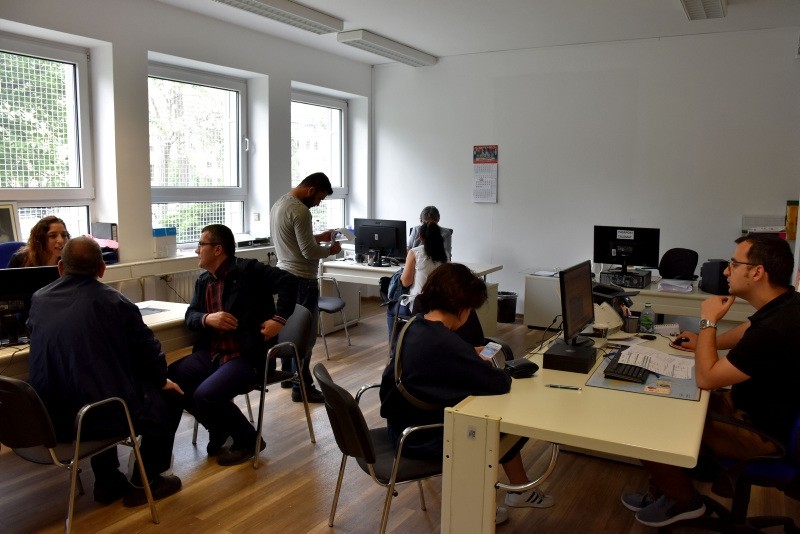 Turkish citizens living in Germany visit the consulate in Frankfurt to register for the upcoming elections (AA Photo)
by Anadolu Agency May 13, 2018 12:00 am

Turkish expats will vote for the upcoming presidential and parliamentary elections in 60 countries.

According to data obtained from the Presidency for Turks Abroad and Related Communities (YTB), Turkish citizens who have registered in the foreign electoral roll will be able to vote at 123 representations on June 7-19 or at the customs stations on June 7-24.

A minimum of 500 voters should be registered at a foreign representation for a polling station to be established, as per election rules.

Germany with 13 representations has the highest number of polling stations.

With seven representations, the U.S. has the second-highest number of polling stations.

France, Greece, China, Canada and Russia have four representations where polls will be held.

Turkish citizens will be able to vote in three different polling stations in Australia, Austria, Azerbaijan, Bulgaria, the Netherlands, Iran, Switzerland and Kazakhstan.

Voting will span over 13 days in three countries and one day in 24 countries.

Turkish voters in Germany, France and Austria will vote on June 7-19.

Voting in the U.S., Australia and Luxembourg will be held on June 9-17.

In Norway, Turkish citizens will be able to vote on June 14-19.

Turkish voters in Belgium, the Netherlands and Switzerland will vote on June 15-19.

Turkish voters in Italy and Turkmenistan will vote on June 15-17 and in Bulgaria, Canada and TRNC on June 16-18.

Voting will be held from 9 a.m. to 9 p.m. local time on weekdays and weekends.