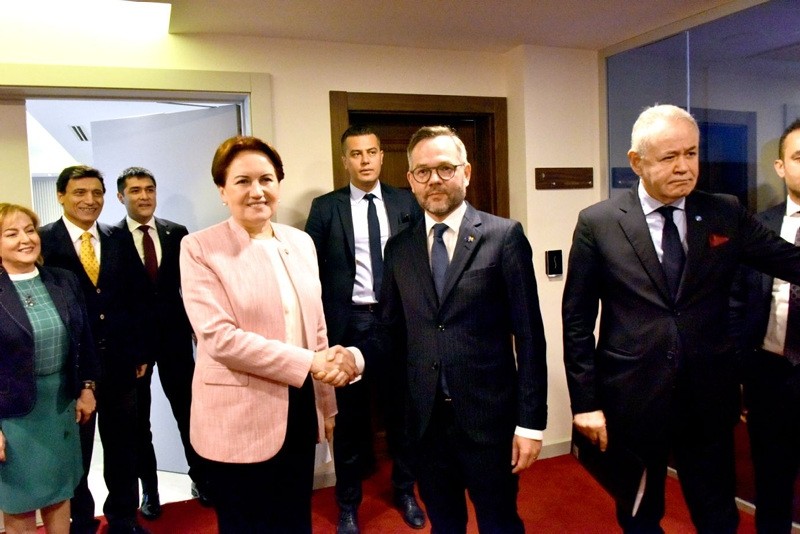 Germany's Minister of State for Europe at the Federal Foreign Office, Michael Roth asked Turkish citizens of Kurdish origin to vote for IYI Party (IP) after meeting with the party's head Meral Akşener.

The politician, who is known for his remarks "I do not want any Turkish politician to come to my country," openly advocated for the party, especially addressing Kurdish voters.

Roth said that the German government envisages that Kurdish voters in Turkey's southeast could cast their votes for the IP.

In addition, he posted a photo of himself shaking hands with Akşener on his official Twitter account, saying, "First conversation with the chairwoman of @iyiparti @meral_aksener. A good opportunity to get to know the attitude of this new political force in Turkey. Political diversity strengthens democracy."

Germany will serve as a scene for political propaganda of Turkish political parties ahead of the early general and presidential elections on June 24, except for the ruling Justice and Development Party (AK Party).

While the German government and several German political parties have been carrying out heated debates as to whether Turkish parties should be able to make propaganda, a law has been brought to the agenda.

Last June, Germany had to authorize appearances by "public officials" from non-EU states. In principle, no permission is granted "if the performance occurs within a period of less than three months before the date of elections or votes."

In line with the rule, the AK Party has been avoiding conflict with the German state, opting to not carry out appearances by party officials, deputies as well as ministers.

However, other parties such as the secularist Republican People's Party (CHP), the newly-established far-right IYI Party and the pro-PKK Peoples' Democratic Party (HDP) have been organizing various events with deputies from Turkey in attendance.

The party has also been carrying out propaganda on German soil without any hindrance. On May 6, IYI Party Deputy Chairman Buğra Kavuncu, the party's central executive board member Fulya Yasemin and parliamentary nominee Eren Yakışır attended a conference about Turkey's elections in Cologne.