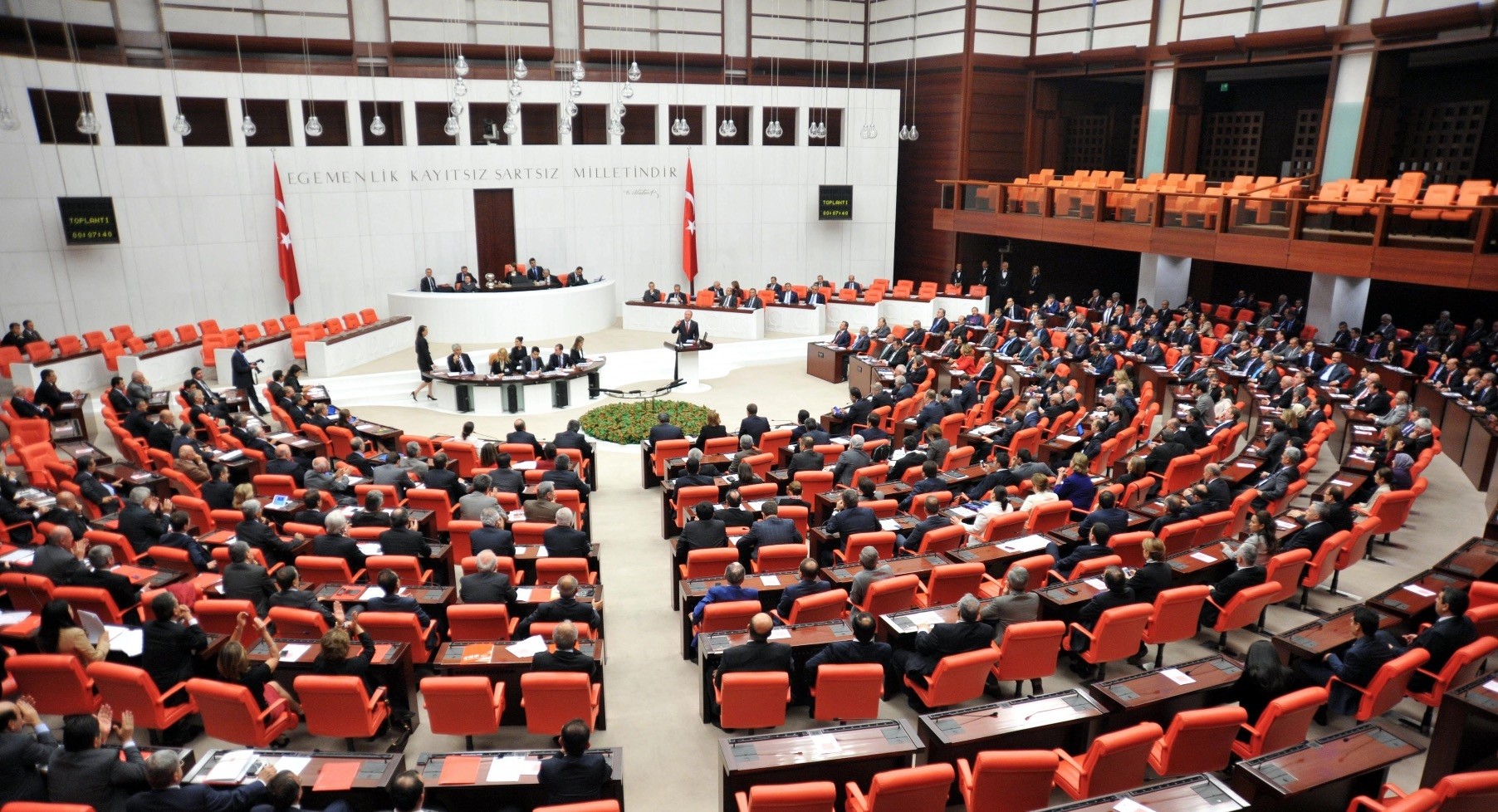 Currently, there are 82 women parliamentarians in Parliament, 34 of whom are from the AK Party and two of them are ministers, a first in Turkeyu2019s history.
by Şeyma Nazlı Gürbüz May 23, 2018 12:00 am

A total of 904 women from seven political parties are running to become parliamentarians in the June 24 elections, a record in the Republic's history. The number constitutes to 21.5 percent of all candidates running for Parliament. Monday was the last day for political parties to deliver their final list of parliamentary candidates to the Supreme Election Board (YSK) for the elections. The anticipation for the lists was sky-high. Among the most highly anticipated figures was the women's participation rate as candidates, seen as a definite sign of participatory democracy. Despite still being far behind the desired rates, 904 of the 4,200 candidates, or a little higher than one in five, were women.

Nine parties are running in the elections but two, the Great Unity Party (BBP) and the Democrat Party (DP), opted to include their candidates from the list of other larger parties they are allied with. That is why the total number of candidates running for Parliament is 4,200. Overall, the lists showed that almost all political parties have women candidates when it comes to the larger provinces. However, as far as the smaller provinces are concerned, where the competition is more heated due to the limited contingent that is left to the candidates, it is revealed that women are often eliminated from the process and men fulfill that reduced number of candidacy ranks.

The Peoples' Democratic Party (HDP), a party that has come under fire for its close links to the PKK terrorist organization, became the one which has the highest number of women candidates.

Some 230 of HDP's 600 candidates are women, which was achieved due to the party's policy of showing a woman candidate for each man candidate, especially in some eastern provinces such as Şırnak, Van and Mardin, where the party has significant support.

However, the party placed women candidates, who constitute 36.7 percent of all, in provinces that the party is unlikely to win or in unelectable seats. In the Nov. 2015 elections, the HDP got 10.8 percent of the votes and managed to have 59 parliamentarians, 23 of whom were women.

The HDP was followed by the minnows, the Patriotic Party (VP) which had 150 women candidates, 25 percent of the total.

Despite not having the highest number of female candidates, the party took care to place the most women in seats that are almost certain to win. As a matter of fact, in four of the provinces, women candidates were at the top of the AK Party lists and there is no metropolitan region that the party did not have any women candidates.

Thanks to the strategic placement of the candidates, 71 of 126 women candidates are more or less guaranteed to be elected to the next Parliament.

The party has no female candidates in 28 provinces, mostly in inner and northern parts of Turkey, which is a remarkable number considering there are 81 provinces in total.

With its 137 women candidates, which constitutes 21 percent of the total number of its candidates, the main opposition Republican People's Party (CHP) failed to satisfy its party members.

Despite a party rule that says at least 33 percent of the parliamentary candidates need to be women, the party faced internal criticism due to the fact that it failed to re-nominate several currently serving female deputies.

The Nationalist Movement Party (MHP), despite a small increase, again failed to follow the national trend in nominating a higher number of female candidates. There are only 69 female MHP candidates out of 600. That number was 61 in the 2015 general elections. The party failed to nominate a single woman in 44 provinces.

The Felicity Party (SP) also trailed the others by having only 79 women candidates among 600 candidates.

Yet, unfortunately, none of the party's women candidates were lucky enough to run for guaranteed seats and furthermore, the party ignored women in a total of 50 of the 81 provinces.

Being the only political party that is running in the elections with a female leader, the Good Party (İP) has 134 women and 466 male candidates, but only six of the women are running in near-certain seats.

The right to run for election and be elected was given to women in Turkey in 1934, making it one of the first countries to grant this right to women. By having 17 women parliamentarians in the 1935 Parliament, the country had a quite remarkable start in terms of welcoming women into the politics.

However, despite this promising start, the numbers fell quickly and their political involvement in the running of the country was almost nonexistent. It took nearly 70 years for the number of female deputies to reach the 1935-level.

In 1954 elections, the number of women parliamentarians saw its lowest point by with two deputies. However, in 1990's, the situation gained a new momentum thanks to the number of women in the parliament started to increase again and having a woman prime minister for the first and only time in the country's history.

Tansu Çiller, a professor of economics, elected as the prime minister of Turkey in 1993 and served until 1996. Although there have not been any other female prime ministers since, the number of women parliamentarians continued to increase, constituting 14.7 percent of the Parliament elected in November 2015, which is still quite low especially considering the long history of women's participation into the politics in the country.

Yet, it should also be noted that there were many obstacles for women in Turkey to be the representatives of the people, such as the headscarf ban that was lifted only in 2015. This law had long prevented covered women from being elected as parliamentarians.

Currently, there are 82 women parliamentarians in Parliament, 34 of who are from the AK Party and two of them are ministers, which is the first time two women are in the cabinet.

There have been 22 women ministers in the history of the Republic so far. Nine of these 22 women ministers served since 2002 when the AK Party was the government and most were responsible for the ministries on family and social affairs.