CHP presidential candidate pledges to purge all governors if elected 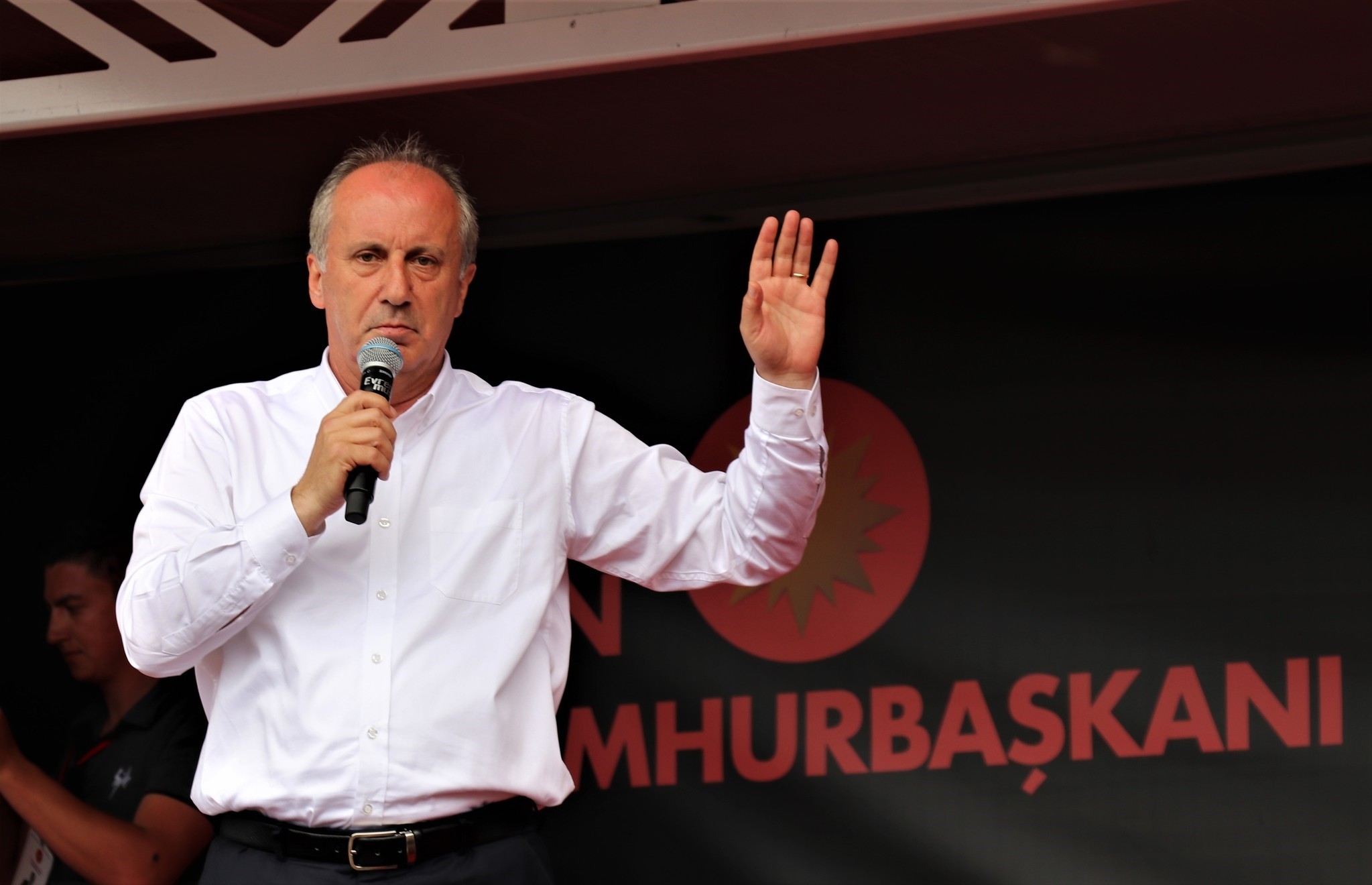 Recently, Muharrem u0130nce drew criticism after he vowed to u201cremove the epauletsu201d of Second Army Cmdr. u0130smail Metin Temel, referring to his military shoulder marks during his rallies in Istanbul.
by Daily Sabah Jun 05, 2018 12:00 am

CHP'S presidential candidate Muharrem İnce vowed to purge all governors if he is elected president. He is blaming them for being representatives of the AK Party, causing controversy in Turkish politics once again

Republican People's Party (CHP) presidential candidate Muharrem İnce stirred yet more controversy as he vowed to purge all governors if he comes out as winner in the June 24 presidential elections.

Accusing governors of acting as Justice and Development Party (AK Party) representatives, İnce said his strategy will be to purge all governors once he is elected in the June 24 elections. İnce added that low-ranking public servants will continue working in their positions.

"Public officials, my dear brothers and sisters: They are telling you lies. 'Muharrem İnce will fire you after taking office.' There is no such thing. I would not mess with the bread and butter of the poor," he said.

İnce's controversial statements in regards to purging all governors is not the first time he has pledged to rattle the state structure.

Last week, İnce criticized Temel after he applauded President Recep Tayyip Erdoğan during a speech, and criticized İnce at a meeting, saying that it is contradictory to his objectivity as an officer. "I will make him retire on August 30 and take his epaulets off," İnce said.

Erdoğan responded to İnce's remark by saying that CHP's presidential hopeful is acting as if he wants to be "king" of the country. "What happens after he takes the mission, while he is already doing this?" Erdoğan said on Saturday.

Lt. Gen. İsmail Metin Temel is the Second Army Command commander, who was in charge of Operation Olive Branch in Afrin, Syria. He has been praised for the successful conduct of the operations by different circles of society. Turkey launched Operation Olive Branch on Jan. 20 to remove the PKK-linked People's Protection Units (YPG) terrorists from Afrin.

"Lieutenant General İsmail Metin Temel is a heroic commander who manages Turkey's heroic Turkish Armed Forces on the battlefield where territorial integrity is threatened and innocent people are killed... These epaulets were given to him by our nation. Your force is not enough to remove these epaulets," said Canikli.

However, İnce continued to reiterate his remarks against Temel on Sunday, calling Erdoğan to terminate Temel from duty.

The presidential candidate was involved in controversy during last year's campaigning period for the April 16 referendum as well. After a citizen cut down a banner belonging to the "no" camp, İnce said: "They will be on patrol tonight. Whoever has been cutting down [the banners], we will find them. Don't worry," he said, adding that whoever cut down the "no" banner should be "hanged."