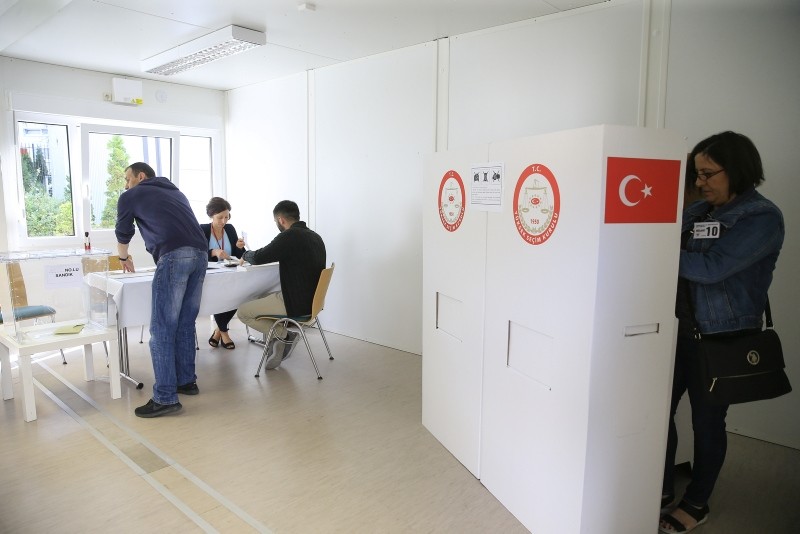 Turkish citizens living abroad but traveling to Turkey can vote at customs gates until 5 p.m. local time on June 24.

President Recep Tayyip Erdoğan runs for re-election as the candidate of the People's Alliance, formed by the ruling Justice and Development Party (AK Party) and the opposition Nationalist Movement Party (MHP).