Erdoğan says aviation industrial zone to be launched in Ankara, defense projects to reach $60B 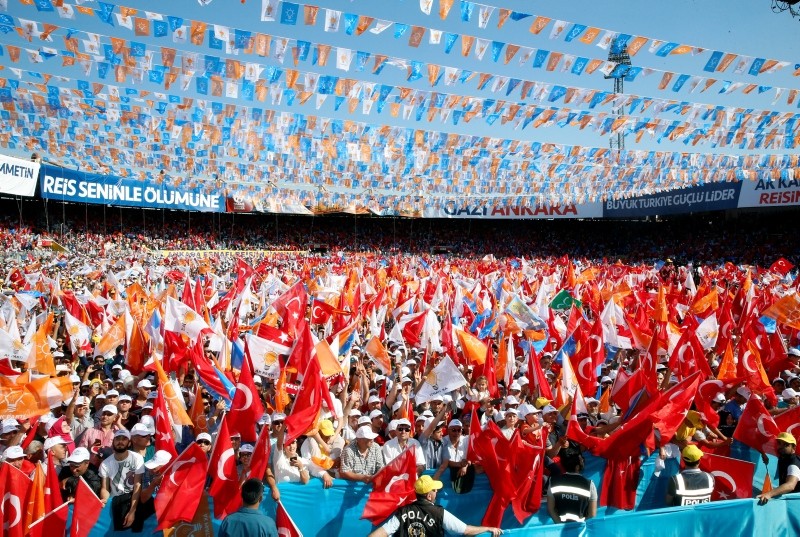 President Recep Tayyip Erdoğan said on Saturday that the number of defense projects has increased from 66 to 600 in the last 16 years, worth $43 billion in total.

Speaking at the ruling Justice and Development Party's (AK Party) rally ahead of the June 24 presidential and parliamentary elections in Turkey's capital Ankara, which was also attended by Prime Minister Binali Yıldırım, Erdoğan said that the spending on national defense projects will reach $60 billion with the upcoming projects.

The president also said that the Aerospace Specialized Industrial Zone (HAB) will be launched in Ankara's Kahramankazan district. The project is expected to generate a turnover of $2 billion, providing employment opportunities for 15,000 people.

At the rally held in Ankara's decades-old 19 Mayıs Stadium attended by thousands of supporters, Erdoğan said that the stadium will soon be demolished and a new 55,000-seat stadium will be constructed in the same place.

He added that the construction for the long awaited exhibition area will begin in northern Ankara district of Akyurt and will be completed in a year.