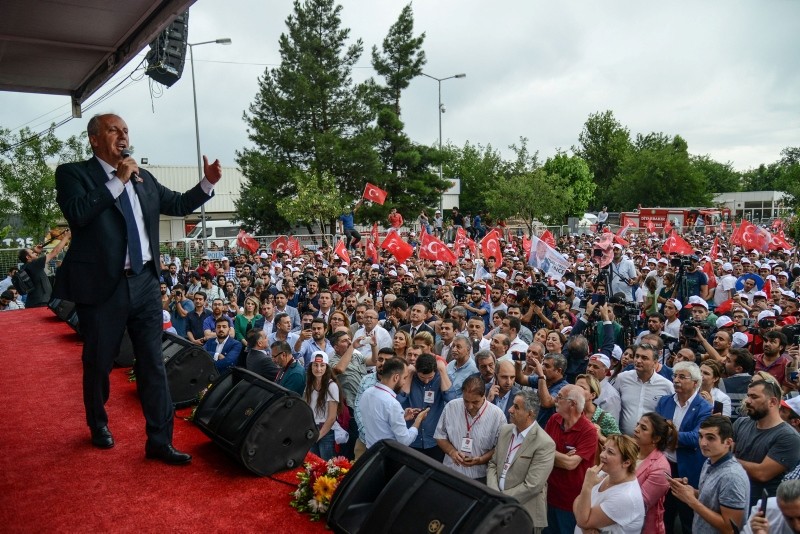 "The first one will be our official language Turkish, secondly it will be the language spoken in the household, the mother tongue, Kurdish or Arabic whichever it may be, and thirdly an international language like English," he explained during a meeting in Kurdish-majority city Diyarbakır in southeastern Turkey.

In Turkey, 18 percent of the 80-million-strong population is Kurds, various estimates suggest. They are concentrated largely in the southeastern cities of the country.

İnce previously visited pro-PKK Peoples' Democratic Party's (HDP) Presidential candidate Selahattin Demirtaş, who is currently on trial for several terror-related charges, in Edirne prison where the latter asked him to visit his family that resides in Diyarbakır.

The HDP has come under fire for its close links to the PKK, which is listed as a terrorist organization by Turkey, the U.S. and the EU. Members of the party have so far declined to call the PKK a terrorist group and have attended PKK militants' funerals, two of whom were suicide bombers that killed dozens of civilians in multiple bombings in Ankara.