Ready for June 24: The state of mind in Esenler 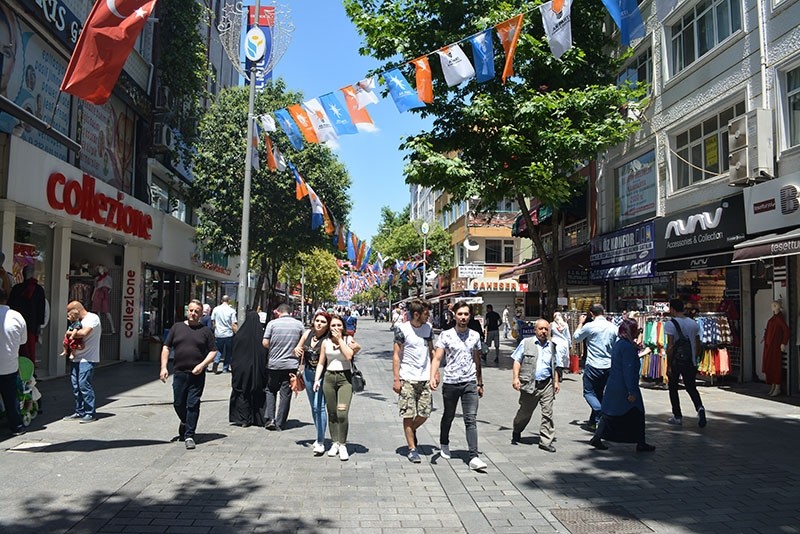 Recently transformed into a mostly middle class from economically deprived suburb, locals of Esenler district has supportive stance for AK Party, but with their growing expectations

Esenler, a large district on the European side of Istanbul, is mostly known for its tough youth and strange social culture, a mixture of Anatolian ruggedness with urban youthful rebellion. Still, outsiders usually know Esenler more due to the warnings against going there than first-hand experience.

As a few-decades old district in a millennia-old city, Esenler has mostly been the recipient of the multitudes who moved from rural Anatolia to the commercial capital of the country and reflects their youthful dynamism with the self-conscious agitation of second-generation city-folk.

As the June 24 presidential and parliamentary elections approach, Daily Sabah wanted to canvass the district to see what Esenler thinks about the chances of the candidates.

As a district, Esenler has enjoyed a remarkable 16 years since 2002, growing in population and wealth, transforming from an underprivileged to mostly middle class district. And the locals have paying back the kindness by supporting the ruling Justice and Development Party (AK Party). However, as their wealth and quirkiness grows, so do their expectations. Everyone in Esenler seems to have strong opinions about how to govern Turkey and have particular needs and requests, but eventually admit that they have enjoyed the stability and growth under the AK Party and will eventually support it and its presidential candidate, the incumbent Recep Tayyip Erdoğan. 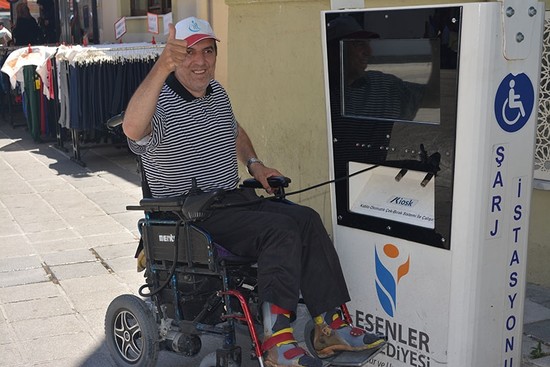 Rahmi Canan, 44, as a disabled person, is pleased with the government's record, especially concerning healthcare. "Erdoğan's services to this country are so evident, especially hospitals," he said, adding that he was very pleased with the treatment he was receiving with robots. He said he will vote for Erdoğan, but also asks for a new wheelchair with a bigger battery. Nazire Ercan, 50, is pleased with the government's education and healthcare policies. She said that she is content with Erdoğan's performance as president until now and intended to vote for him again on June 24. However, she also has a request. A lower retirement age for women. "I was only able to start working at the age of 36 because I raised three children. Now, I have a job in a factory that manufactures industrial switches. If my president hears my voice and decreases the retirement age, we will be very happy," she said. 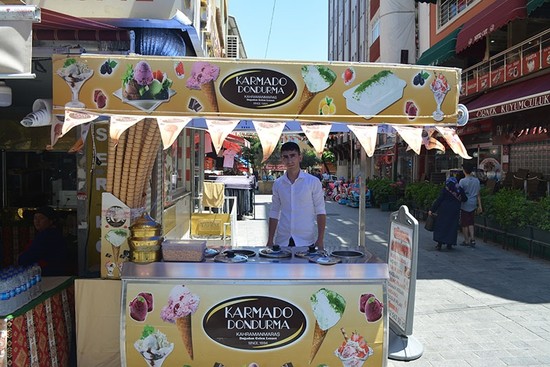 As usual, the dreams and desires of the youth are more complicated and harder to get clear answers from. Salih Kozalak, 25, an ice cream seller, believes there is a conspiracy by outside powers to undermine the government and the country. "The biggest problem of the country is external intervention," he said. While he implied he intended to vote for Erdoğan, he said economic growth and an effective counterterrorism strategy were crucial. 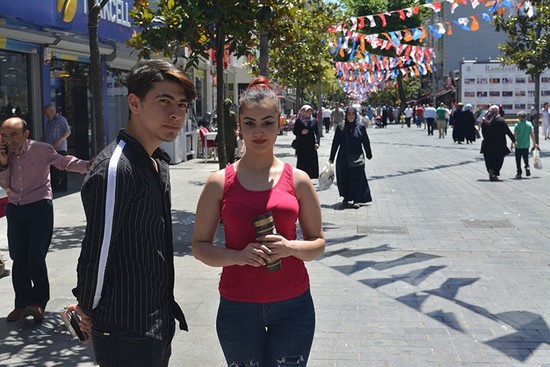 Yusuf Kılıç (L), a psychology student who distributes brochures of a beauty parlor and his colleague Şevval Palta.

Yusuf Kılıç, a psychology student who distributes brochures of a beauty parlor to make ends meet, reflects the paradox of the entire district. "As a 19-year old man, I believe I will vote for President Erdoğan. However, he is also my biggest complaint," he said, adding that at the end of the day, the fear from change and the comfortableness of stability will push many to back Erdoğan once again. Şevval Palta, who works at the same place, intervened. She said, "It was our votes that put AK Party in power and the same votes can put someone else there, too." She said some pledges made by Good Party's (İP) presidential candidate Meral Akşener sounded attractive.

However, once the interview finished, the duo said we, two Daily Sabah reporters, had wasted 15 minutes of their time and as a consequence, needed to go to the beauty parlor to get instructions on beauty care products and services. So we received a brief presentation on male and female epilation methods and learned how to remove unwanted graying hairs on one's beard. 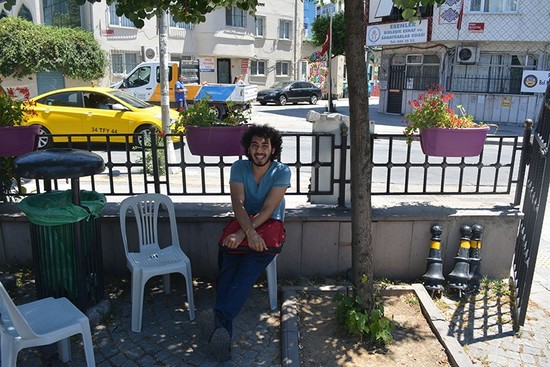 Ferda is a 20 year-old student.

One Ferda, who was in too much of a hurry to divulge his name, identified himself as a 20 year-old student. He simply said: "I don't listen to the promises made by politicians. What determines my vote is my economic situation, my welfare," before moving on. In the latest municipality elections in Esenler, held in 2014, AK Party's Tevfik Göksü clinched a landslide victory with 62.3 percent of the votes and won a second term in office. While main opposition Republican People's Party (CHP) got 15 percent, the conservative-Islamist Felicity Party had 7.6 percent and took one of its best results in Istanbul. Also, the pro-PKK Peoples' Democracy Party (HDP) got 6.5 percent of the votes due to the district's Kurdish population who arrived mainly from the southeast.

In the main squares of the district, all parties are carrying out their campaigns in harmony. Other than the booths of ruling and opposition parties, the presence of pro-Kurdish conservative Free Cause Party (HÜDA-PAR) catches the eyes of the people strolling around the district.

Mehmet Ak, who said he identified as a Kurd, expressed his wish for the release of HDP's co-leader Selahattin Demirtaş, who has been jailed since late 2016 for links to the PKK. The PKK is recognized as a terrorist group by Turkey, U.S. and the EU.

"I am an AK Party supporter, but his [Demirtaş's] imprisonment may cause my vote to sway to the HDP," he said. However, he also commended CHP's candidate Muammer İnce's campaign performance. Just before he seemed to resolve on who he would vote for, a friend of his suddenly rushed out from a store and declared that the adoption of the Latin alphabet, which happened in 1928, was behind the stagnation of science in the country. "They brought this alphabet to curb our progress," he shouted without actually identifying the culprit.

It appears Esenler, which is seen as an AK Party stronghold, is still committed to supporting the government and Erdoğan. However, one fact remains. Esenler and its people have created their own urban culture and are more demanding. Any one or party that wants to attract their vote will need to work hard to persuade them.